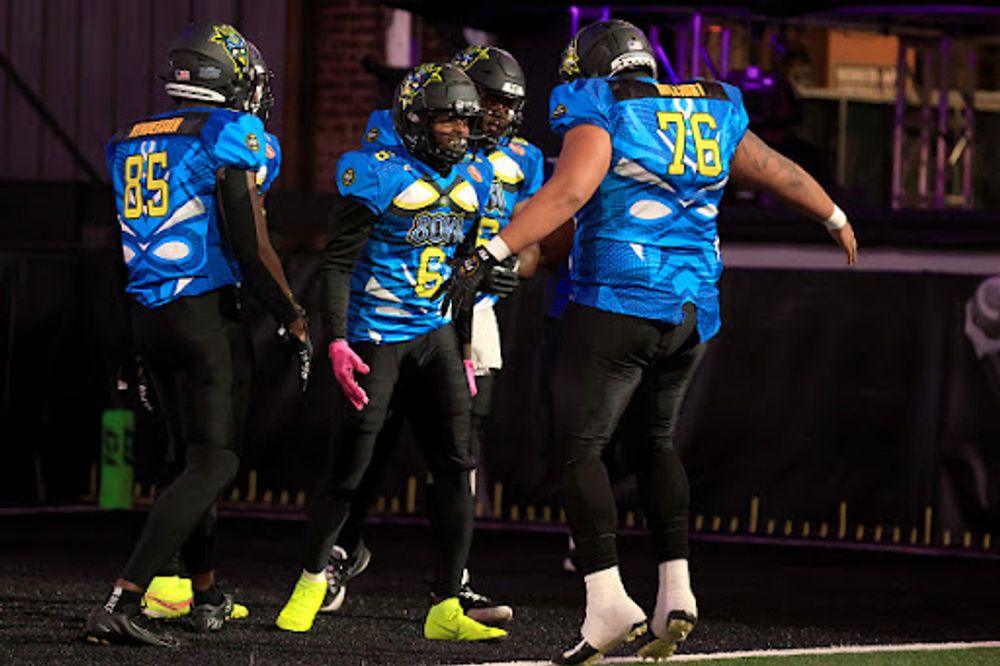 Miracles, they’ve come in bunches for an 8oki squad that just barely slipped into the playoffs. It took pivotal plays in each of the 4 wins, big plays, deep catches, bruising runs, it took grit. The 8oki fanbase is one of the smallest in the league, it’s run by a close group of fans, and an even more impactful leader, Mitch Kidd.

Mitch Kidd, one of the front runners for Offensive Player of the Year, has been one of the most vocal player to fan leaders the league has ever seen. But not only that, it’s taken composure in the biggest moments to take one of the more improbable squads to the playoffs. It was never for lack of talent, it was untimely meltdowns, offensively stagnant performances, but in the end it failed to keep them out.

Going into week 6, the situation for the 8oki’s looked grim, they sat at 2-3, sat behind two of the biggest powerhouses in the FCF and it looked like a wrap. It wasn’t just that, the two powerhouses? The Knights and the Apes, were the last two stops on the schedule for the 8oki’s, it would take two wins against the best to have a chance. First stop, Bored Ape Football Club.

It would only take a performance of historic proportions to beat the Apes (Final: 34-22), not by Mitch Kidd, but by running back Malcolm Ballard. Setting the FCF’s individual single game touchdown record (5), Ballard ran, cut, and bruised his way to a legendary game that left the 8oki fate in their own hands going into the week 7 showdown against the Knights.

The Knights game was perhaps the greatest in FCF history, with the first half slipping from the hands of the 8oki’s and Mitch Kidd capping the half with an interception, the team would shift into familiar territory. Playing from behind is something Mitch is far from new to, every single win to this point had been won on come from behind heroics. Mitch Kidd passed to Joseph Boykin for a walk-off touchdown in week 1 against the Kingpins. He drove and completed a double overtime win against the Beasts in week 3, and in week 6 they came from behind even with Ballard’s heroic game to take the pivotal win.

The last 5 minutes of the game saw 8oki draw a pivotal pass interference call, and Patrick Smith Jr catch one of the biggest throws of the year to save the season. And in the end, even a 40 yard 1 play touchdown run wasn’t enough to take the super powered Knights to the playoffs. In the tiebreaking shootout that came minutes after, Mitch completed two passes to Boykin and Smith that finished the trek to the playoffs for good.

Keys for 8oki advancing to the Championship

Miracles only go so far, but 8oki’s split their season series against the Apes, they’ve beaten them before and when Francois played the block kept him to a 2-11 passing performance. Feel the energy, last week was a playoff game, and the pressure was at an all time high, do it again.

**EDIT** QB Mitch Kidd is currently in COVID protocols and will be a game-time decision in this Saturday’s playoff game.