What do we do with the referees? 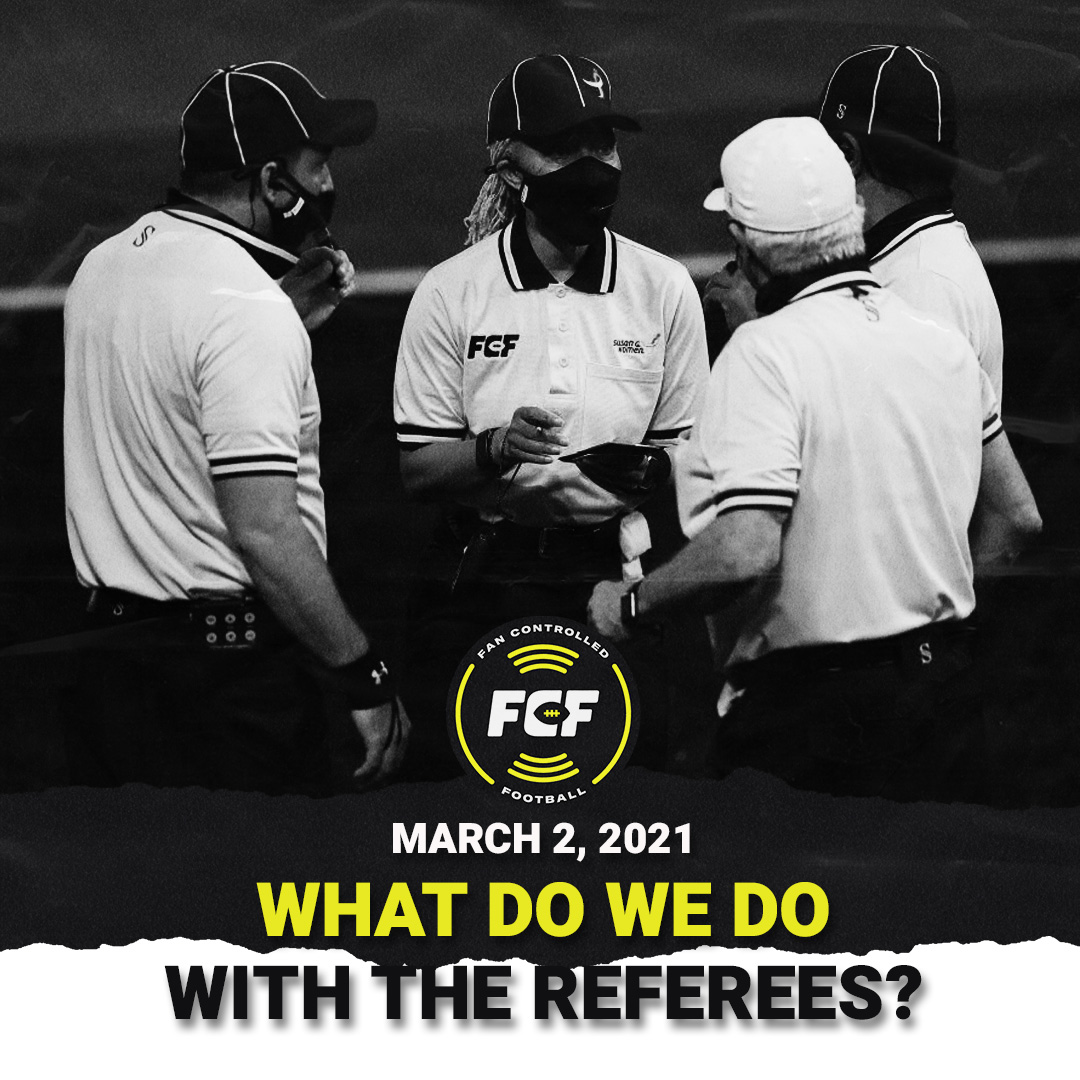 Beyond simply letting the fans draft players and call plays, we have taken a lot of steps to reimagine the game of football as a modern sport. This includes a host of new rules from the Progresisve 5th Down to the Power Play to the Wendy’s Flip The Field. So we know that we’ve thrown a whole lot of new crazy stuff at the FCF refs to have to include in the game and just like every part of this league there is a learning curve.

But given how close all of our games have been thus far we’ve had some tough calls that have changed the outcome – from a questionable interception to pass interference on the last play of the game.

The FCF is all about giving power to the fans and not waiting around to improve things that our fans are demanding. Last week we rolled out the ability for fans to vote on challenges that come from the booth and now we are having you guys decide how we handle the officiating on the field.

So the question is, do we want to bring somebody new into the on-field conversation. More specifically, should we tap the guys who wrote our rule book – including FCF CEO Sohrob Farudi – to actually get the headset on and help make the calls the way all of us fans want to see them made.

Its kind of a crazy idea – as we don’t expect to see Adam Silver putting on the Foot Locker uniform and running up and down the court anytime soon. But we certainly have never shied away from the crazy around here – so let us know what you think. Vote now!