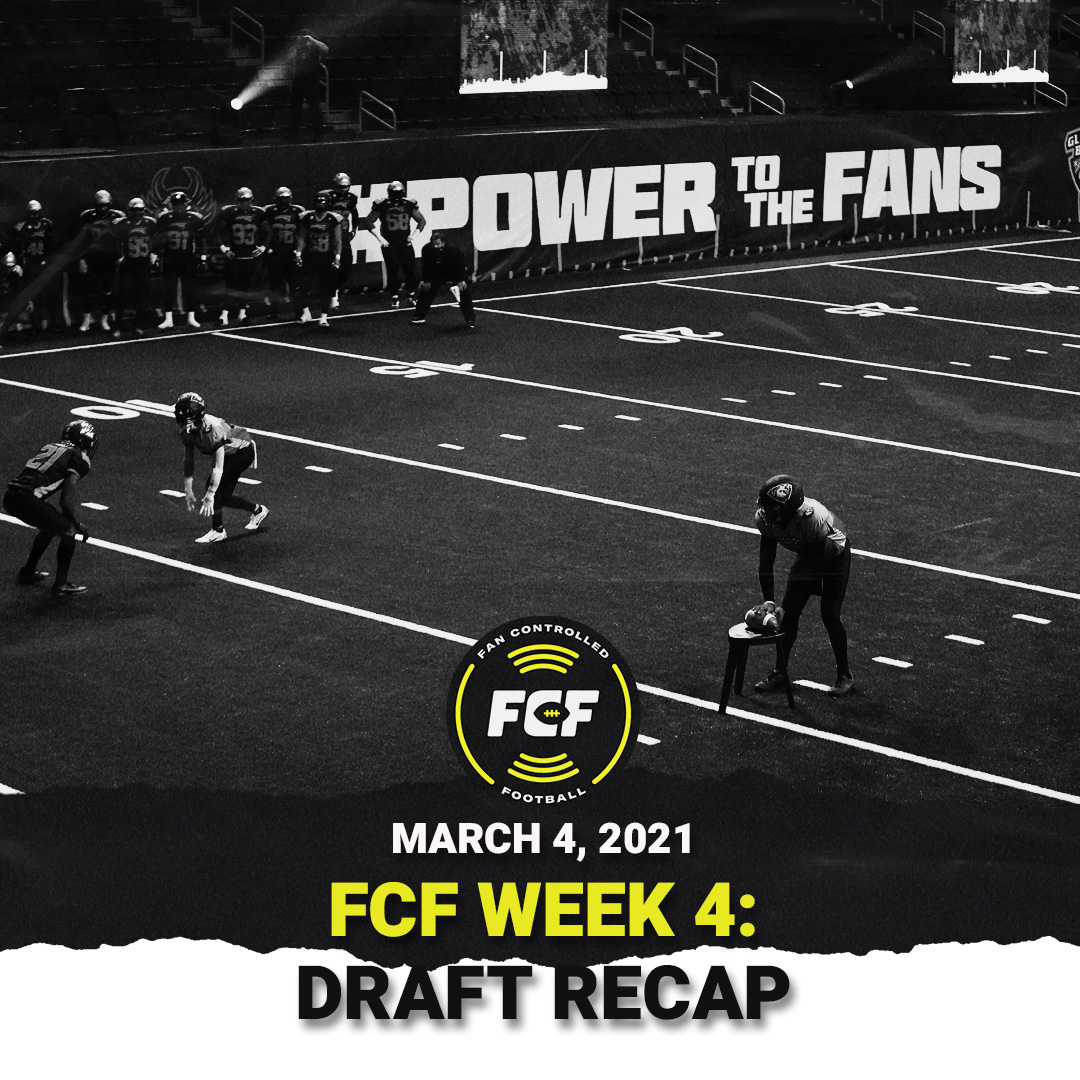 The FCF held their fourth and final DRAFT of Season v1.0 at the Infinity Energy Center in Duluth, GA on Wednesday night which featured another round of Man-Up Challenges and the announcement of the fourth round of franchise player tags for each club.  With Week 4 action scheduled for Saturday night, all players drafted on Wednesday night will remain on their respective teams until the conclusion of the championship slated for Week 6. (players can be added while defense and o-line may be shifted due to playoff seedings)

In the Man Up Challenge, QB Braden Smith won for the second straight week with a game-high 25 points to take home the honors among the four quarterbacks featured while wide receiver LaMarcus Caradine led all receivers with 23 points.  CB Marquill Osborne from the SHUT DOWN SQUAD took home the badge for the defenders with nine points as he stood tall defensively in the endzone and made an interception. Each player will receive a 1v1 POWER UP during their Week 4 games on Saturday night.

Before the first round of the draft, the following players were tagged as franchise players as voted by the fans for the following teams:

In addition, former Super Bowl Champions WR Josh Gordon and RB Robert Turbin arrived in the FCF bubble in Atlanta earlier in the week. They are currently under FCF health-and-safety protocols and quarantine procedures and were ineligible for the Week 4 draft.  The FCF will make an official announcement on their status for Week 4 later this week.

Each team had five picks in the snake style draft with the draft order determined by the current standings (the fourth place team picks first, with ties in the standings determined by point differential).

The drafted players entertained fans all night with costumes, wrestling and dance moves and their own personal style during introductions.  The top 3 player entrances as voted on by the fans were:

Once again, players hung out on the field during the draft to chill and play beer pong, cornhole, ping pong and get their social game on. Watch the entire draft show on the FCF Twitch channel here: https://www.twitch.tv/fcf

All 20 draft selections are located below sorted by team:

The final week of the FCF regular season takes place this Saturday with coverage starting live at 7:30pm EST on Twitch.tv/FCF.