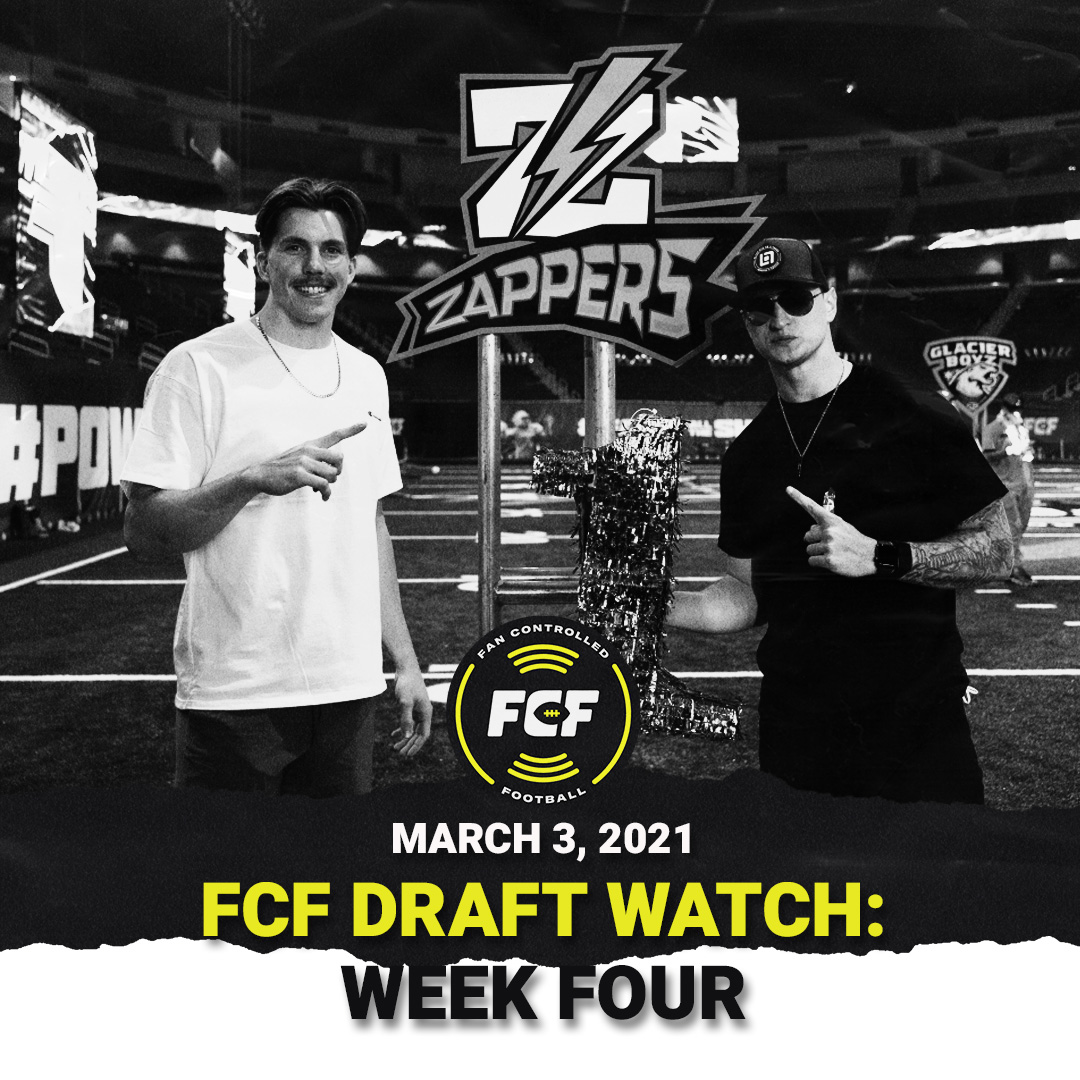 Week 3 went off with a BANG! Every previously tagged player that played (Manziel was out due to emergency surgery, set to return this week) showed exactly why they needed to be tagged.

We will have a 4th this week, to be announced before the draft. What we know about that before then is that the Zappers have acquired and tagged WR Josh Gordon. One of the best to ever play the position will be part of the FCF, showing the other guys what they’re missing, and making our league all that more exciting.

My favorites to get the remaining tags this week are:

Beasts: WR Christian Saulsberry. His game speaks for itself. There were a few plays he’d love to have back, but when the Beasts absolutely HAD to have it, #22 was there, making the play.

Wild Aces: Jerdy, Galloway, and Floyd are already tagged. For me, it has to be between QB Deondre Francois, and WR Ralph Leonard. Francois has led 5 drives, and reached the end zone every time. Arguably the best QB2 in the league, Francois would lock that position up heading into Week 4 and the playoffs. Leonard had 3 grabs, and 2 TDs this week, which just adds to the havoc he’s left on the field this season. He would be a perfect addition to that passing game. If he is in the draft pool, he won’t be on the board very long.

Glacier Boyz: SB Calen Cambpell. For some reason, he is still available. This should stop this week. Campbell can beat you both ways, and has been a big part of the game plan every week. If there is anyone I’d recommend over him for being tagged by the Glacier Boyz, it’s Madre London. London is capable of doing the same things Campbell is. And although I have him listed as a 2nd option here, in my opinion, it’s not close. Fans, go with Campbell. If you don’t he will hurt you in the future. Remember Travis Toivonen?

Now time to go to who should be targeted in this week’s draft. We will start with the QBs this time.

The Zappers already used their 4th tag on Gordon, which means that QBs Logan Marchi and Braden Smith will be in the draft pool. If your team hasn’t locked up a QB2, these guys HAVE to be at the top of your list.

In the instance that the Wild Aces do not tag Francois, there will be a few guys for you to choose from. The Beasts don’t need one, they went ahead and got Edwards tagged, so, the number of teams just dropped, but, that means the demand is higher.

Here are my rankings for the available QBs:

Anthony Jones and LaDarius Galloway have already been tagged by the Zappers and the WIld Aces, That is leaving all others right out there for the drafting. Personally I don’t feel like the Beasts are going to tag one, and the Glacier Boyz have 2 to choose from, but I believe one of them will get the tag. Since they haven’t yet, I will list them here as guys to watch.

Here are my rankings for available SBs:

I believe one of the top 2 on this list will be tagged, so whoever does, just move them up. Every guy can make your team better through the running game, but each are weapons to catch and run.

More WRs have been tagged than any other position. I believe that at least 1 other receiver will make that list. But, since it’s not official, they will be added here for guys to watch in the draft.

Here are my rankings for the WRs:

These are very important to the success of your team. Make sure you pick the right one. This week we saw Block Party TE Elkanah Dillon have a big night. But he’s not the only one to think of when deciding which OL unit to draft:

The Block Party have given up just 6 sacks on the season, while Dam Nation has given up 11. This is why the running game is important. Defenses can’t key on the pass if you’re running the ball often.

The Shutdown Squad added to their already impressive performances in Week 3, extending their winning record. Which is more important to you? Playing the pass in a strong way, or getting in the backfield more?

As fans who call plays, you have to take into consideration what defense you’re playing. If your tema drafts the Shut Down Squad, you know that your QBs are gonna get some pressure, which should increase your run game, and vice versa.

Tags will only slightly change the lists, but this is who you should look at the draft. See who the other teams tag, pick the right tag for your team, and adjust your draft accordingly.