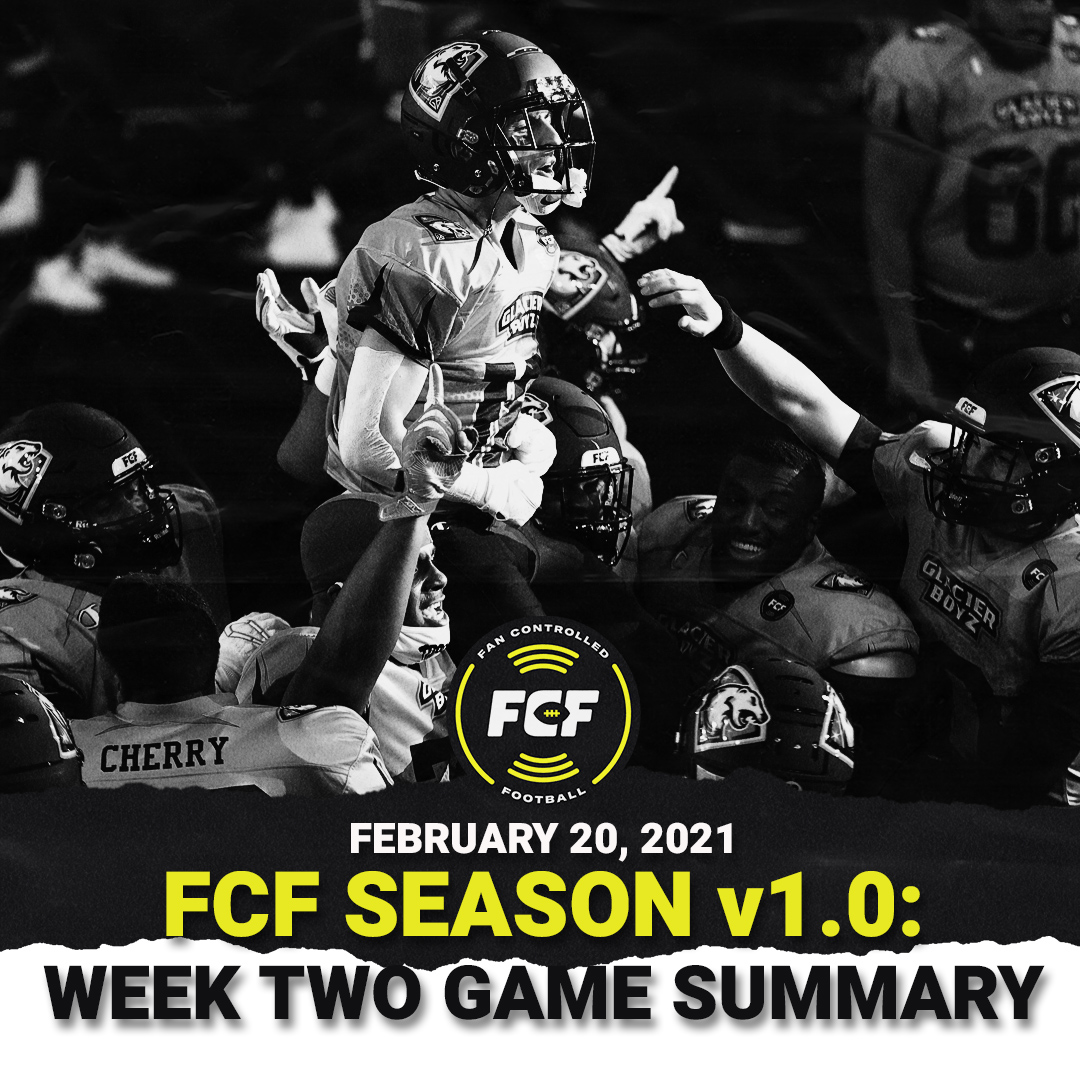 The Zappers QB Johnny Manziel netted a season high 122-total yards including a pair of TDs but it was not enough to overcome the Glacier Boyz (1-1) who picked up their first win of the season in dramatic fashion. It took the first OVERTIME in FCF history in Game 2 for the Boyz 29-28 to edge out a big win over the Zappers (0-2) to close out an action-packed evening of fan-controlled football in Duluth, GA. The Beast (2-0) stayed undefeated earlier in the night defeated the Wild Aces (1-1) in Game 1 30-28 emerging as the team to beat so far in Season v1.0.

Check out the full game summary & links to highlight reel and be sure to join the conversation on Twitter, Facebook, Twitch, and Instagram with #FCF and #PowerToTheFans.