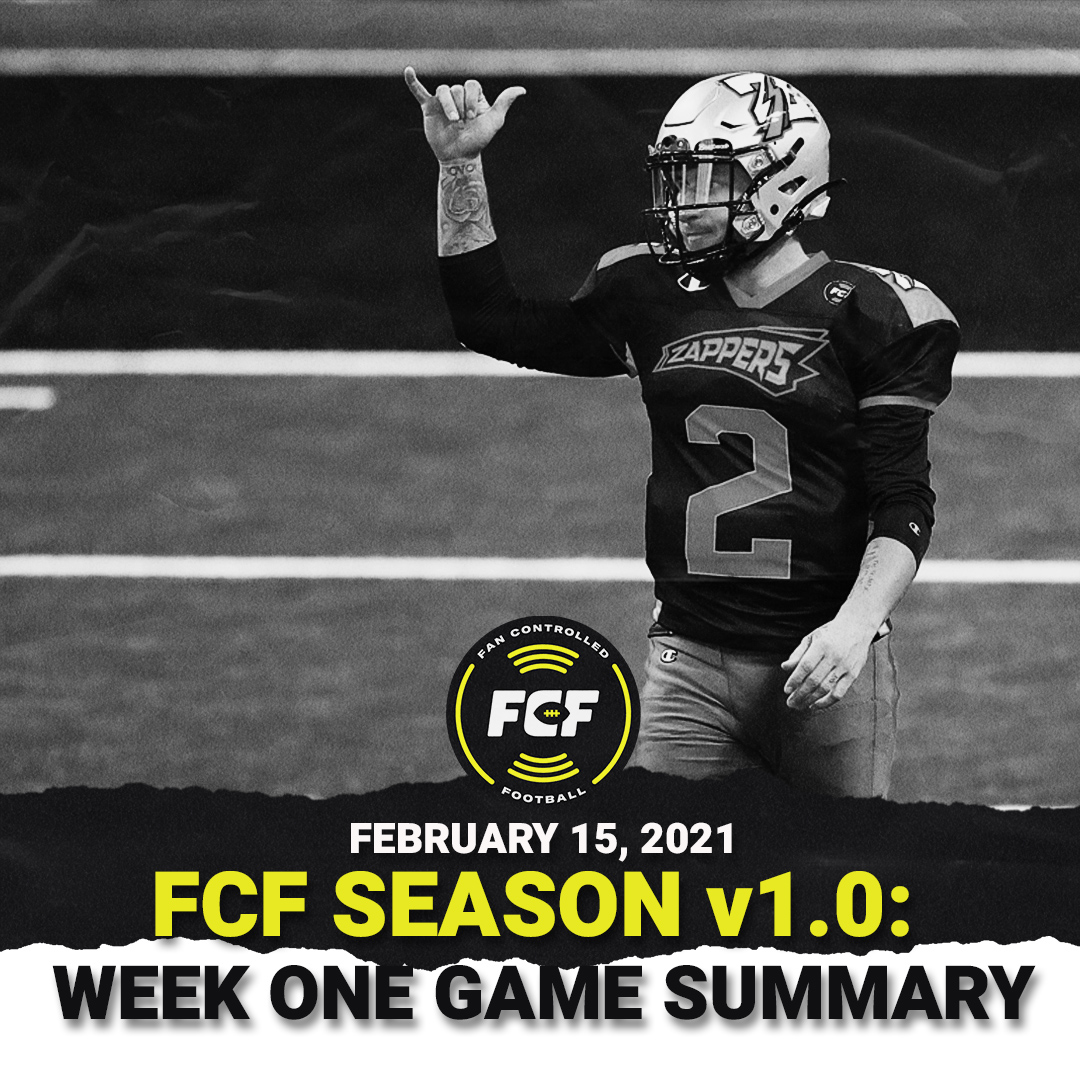 Duluth, Georgia (February 15, 2021) – Fan Controlled Football (FCF), the only professional sports league that empowers fans to call the plays in real-time, made history on Saturday night with the launch of its inaugural season, dubbed Season v1.0. Streamed live to fans via Twitch and gaming network, VENN, the back-to-back games created instant rivalries, with the Wild Aces putting the Glacier Boyz to bed, 30-22, and the Beasts showing their defensive grit in a final-play nail biter, upsetting Johnny Manziel and the Zappers, 48-44.

Beasts’ team ownership was out in full force at the Infinite Energy Center in Duluth, Georgia – where all FCF games will be played – with Marshawn Lynch, Miro and Renee Montgomery making brief guest appearances at the announcers’ booth, joining the league’s official broadcast team, consisting of FCF Commissioner Ray Austin, Chief Gaming Officer, Patrick Dees, and Greg Mescall. Bob Menery and Richard Sherman, owners of the Zappers and Glacier Boyz, respectively, also made their presence felt, engaging in trash talking of their own throughout the evening.

Check out the full summary below and be sure to visit FCF.io to learn more about FCF, choose your team, and start taking control during this historic first season. Join the conversation on Twitter, Facebook, Twitch, and Instagram with #FCF and #PowerToTheFans.