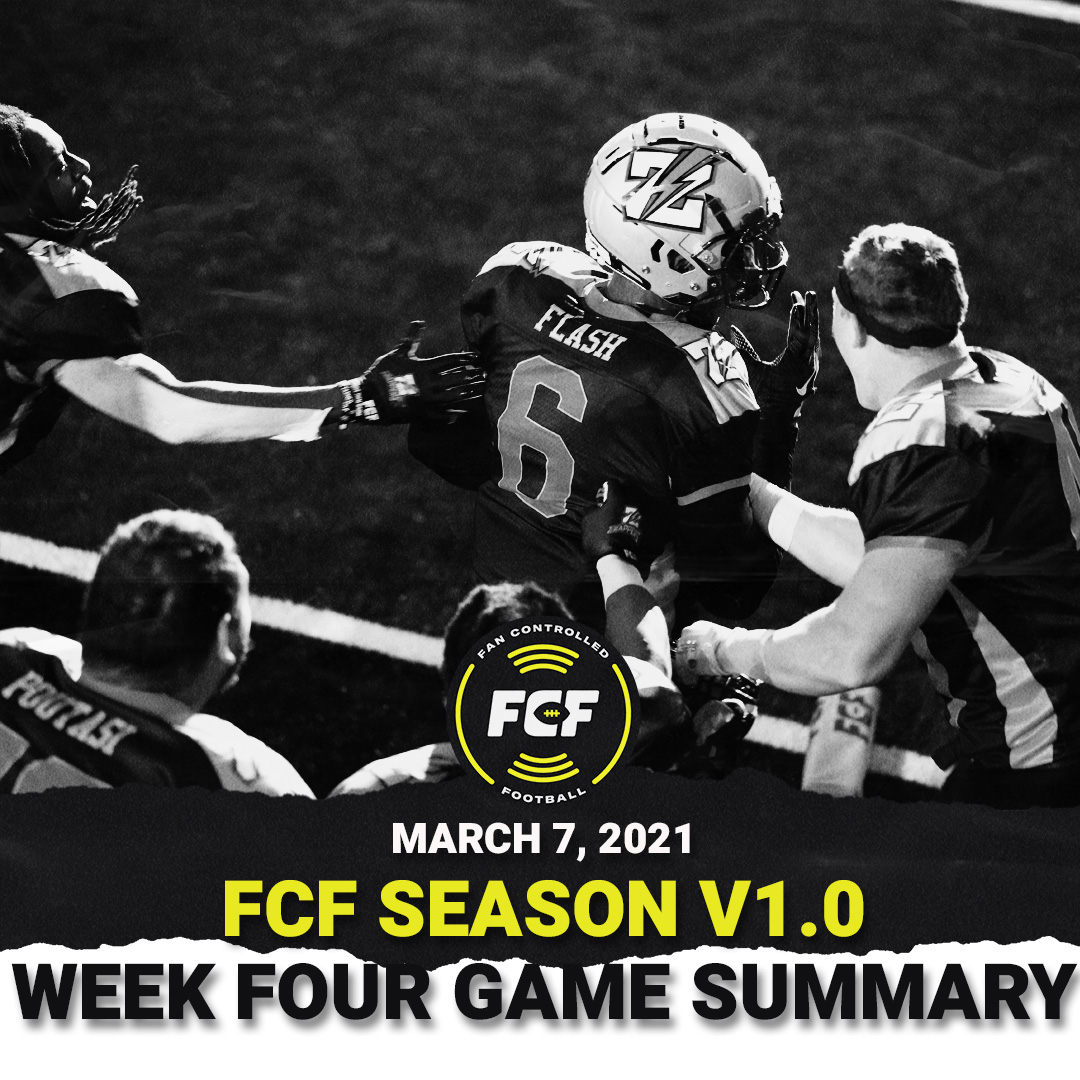 — Zappers QB Braden Smith does it again, connecting with Josh Gordon to take down undefeated Beasts –

For the first time in over a year Josh ‘FLASH’ Gordon suited up to play this time for his Fan Controlled Football (FCF) debut on Saturday night, just in time for the league’s regular season finale. FLASH’s impact with Zappers (2-2) was immediate opening and finishing the game with a touchdown reception (4 rec, 70-yards, 2 TDs), hauling in a 30-yard hail-mary pass as time expired from the golden arm of Zappers QB Braden Smith to beat the undefeated Beasts (3-1) 32-26. Not to be outdone by Game 1’s high scoring shootout that saw 108 combined points with the Wild Aces (2-2) holding on to even their record with a last second 56-52 victory over the Glacier Boyz (1-3).