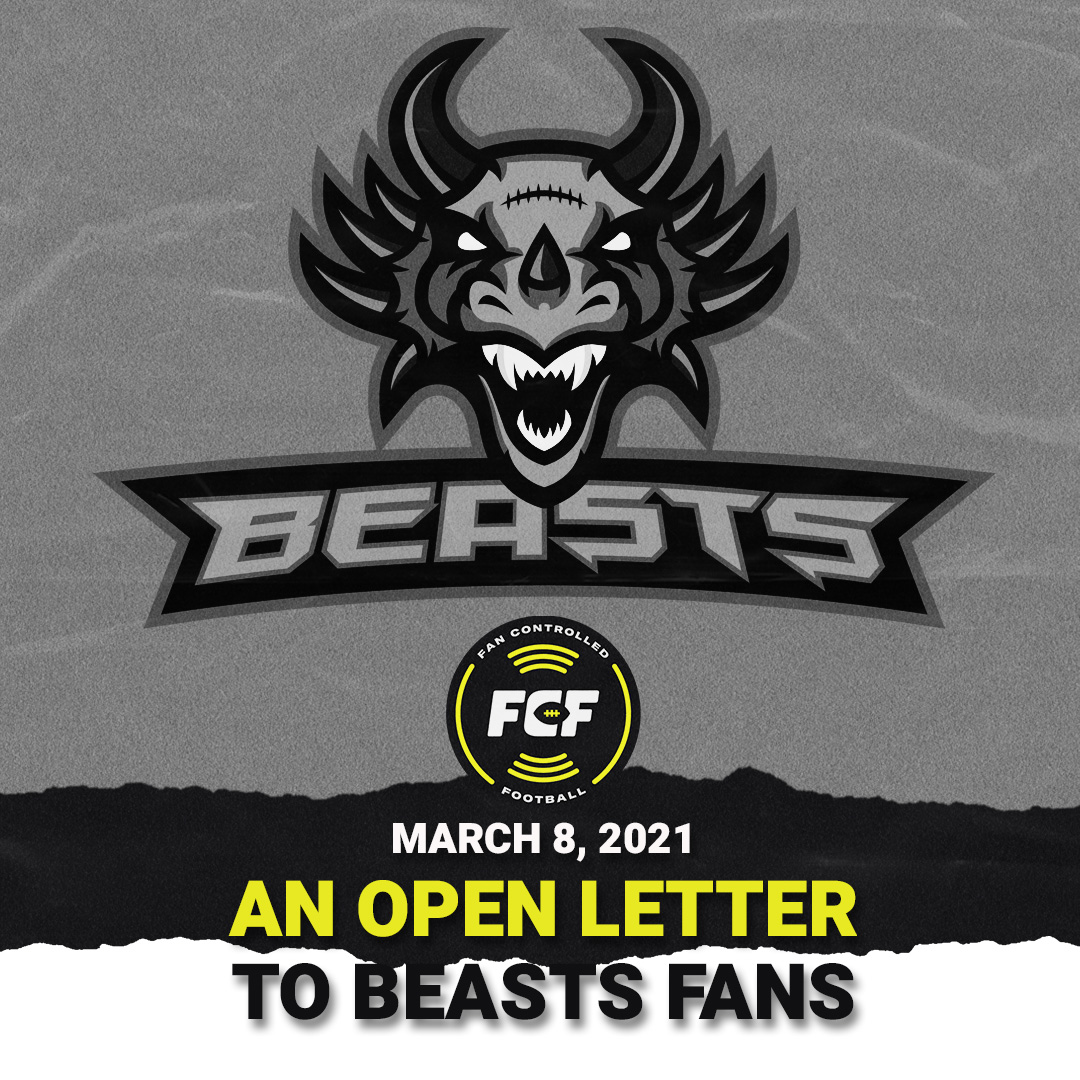 Fans, today I’m coming to you not as the Co-Founder and CEO of FCF, but as a Beasts fan. If you’ve seen my appearances on the drafts, Fan Controlled Show, and Game Day, you know that I am not shy about showing my love for the Beasts and am 100% okay with my bias being on the record. Because we ARE the best team. Period.

Beginning today, we get to vote on the playoff match ups because we are the number one f*cking seed! I want to walk you through our opponent options so we can vote the way we think will be best for our team.

Glacier Boyz. Do they have the worst record in the league? Yes. Do their games always end up being ridiculously close? Yes. Did they almost beat us? You guessed it – yes. I don’t know what it is, but even though our rosters change every week, the Glacier Boyz are like that one team that has no business having their games be as competitive as they are. And I don’t want to risk us not making it to the Championship game because we had another close game with them.

Wild Aces. You know who is easy to hate? The Wild Aces. That’s right, I said it. Greg Miller the person, is delightful. Greg Miller the Wild Aces owner, is like rolling Vince McMahon, Roddy Piper, Kevin Nash and Steve Austin together into one person. And I just really want us to be the reason those guys don’t make it to the Championship Game. We’ve beat them before on a day where we didn’t play our best, we can absolutely beat them again.

Zappers. Here’s the thing about the Zappers – they have Johnny Football and Flash Gordon, while we will presumably get Robert Turbin since Team Owner Marshawn Lynch is the one who brought him into the league. Turbin entered the bubble last week and should be ready to go this Saturday, but like we saw with Johnny and Flash, they didn’t have the explosive first games everyone thought they would. Johnny showed up in Week Two to dominate, and we can only assume Flash will to this coming week. I want to give Turbin the same first week adjustment period before counting on him to help us destroy the Zappers.

Granted, these are just my thoughts – but as someone that will probably end up with a #BeastModeBeatDown tattoo and have this year’s holiday card feature my whole family in Beasts gear, I’m speaking to you purely as a fan. And I think our best bet for this week’s game is the Wild Aces.

A Chat With the Voice of FCF, Greg Mescall