FCF Is Going Worldwide with DAZN 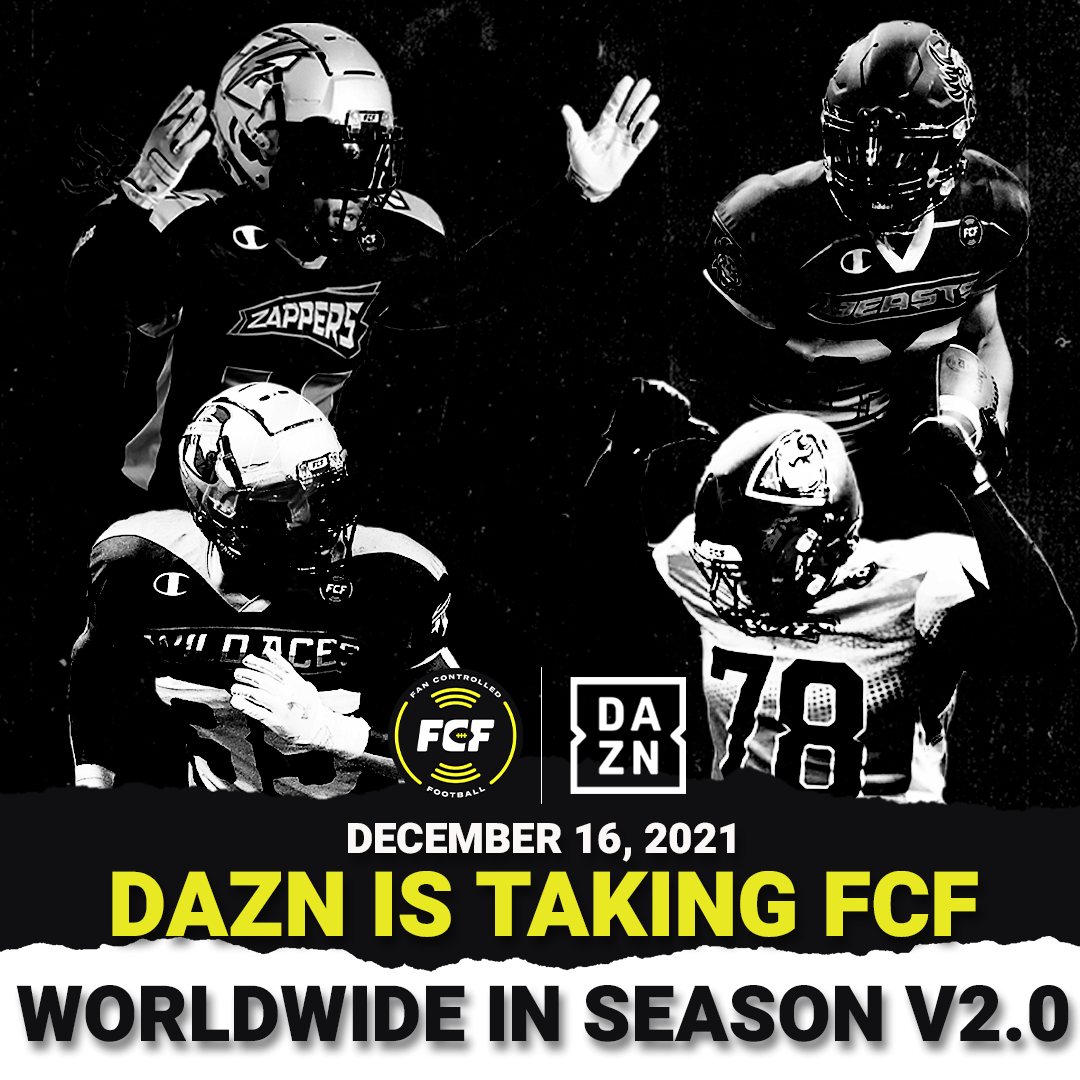 FCF Season v2.0 is going to be accessible worldwide, fans! We’re proud to announce our partnership with DAZN, who will be sharing FCF games and content in all 200+ of its countries and territories.

As our new global broadcast partner for Season v2.0. DAZN will bring American football fans worldwide FCF pre-season events, all regular and post-season games, and original programming throughout the 2022 season – both live and on-demand to all 200+ of its countries and territories around the world (with the exception of the United States, where games will be available on-demand only). That’s a LOT of places you can tune in to FCF!

Our second season returns in Spring 2022, with season dates and a location to be announced soon. With the ability to watch the game on Twitch, NBCLX, Peacock, DAZN and in the FCF app, how are you planning on tuning in to Game Day?