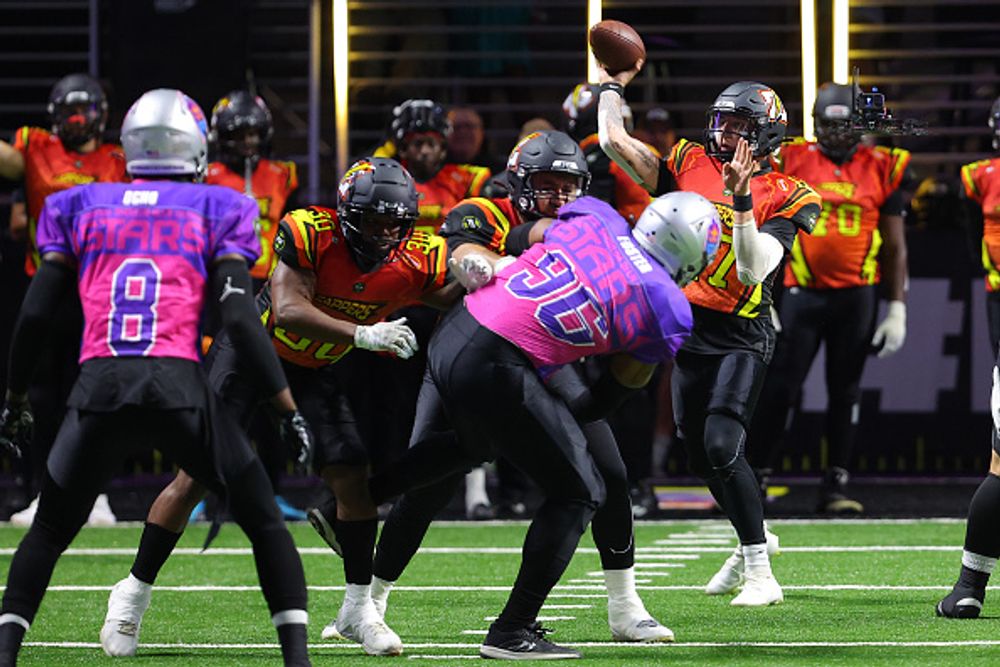 At FCF we are always looking to find new ways to improve the fan experience and after some challenges last week with the live draft, we decided to mix it up this week and test out a new format.

Instead of doing our normal live draft on Wednesday night we are going to do the draft through a series of standard votes for each team.

The downside is that its turning out to be wayyyy harder for our team to manage given that all of the normal draft logic isn’t automatically built in (eg: you can’t pick a squad that the team you’re playing against already picked or one that has already been picked twice by other teams, etc) – meaning we have to do that manually. We also won’t have the live broadcast with Coach, Commish and the crew helping to advise fans on what they want to pick.

But the upside is that we can make sure that only the right options are available for each selection and this greatly opens up the ability for fans to participate – especially those who live in places where it’s usually the middle of the night. Normally the draft selections are only open for a couple of minutes, but as we roll out this version we will aim to keep each vote open for at least a few hours – and will be sending push notifications out to everyone when it’s time for a new selection for their team.

Keep in mind that this is just a test – we want to see if this is actually a better experience for more fans or if it totally sucks. So leave a comment below, hit us in Discord or on Twitter and let us know what you think. We may bring it back in the future or we may go back to the live draft – heck we may even have fans vote on which they prefer!

In the meantime, here’s the way it will work this week:

We polled all of the teams to see what they wanted to pick first: Def or OL. The Beasts chose OL and everyone else went with D. So, we are starting off the “draft” this week with the Zappers and 8oki picking from the four Defenses and the Beasts picking from the 4 OLs. Once those picks are locked in we will open up for the Kingpins and Glacier Boyz to pick from the remaining eligible D’s and the Shoulda Been Stars from those remaining available Defenses. Once those are in, it will go to Knights of Degen and Bored Ape FC to pick from the remaining D and OL because they get the first picks of the second round in our snake draft format. Then again it will work its way back down the list with the Beasts picking a D, the GBz an OL, Kingpins an OL, etc until we hit a point where there is just one option for each team left.

We’ll keep a running tab here of the results as they come in and will be sure to get them shared out on Twitter, Discord and all the places you can get your FCF updates.

This may be terrible but it also could be totally awesome, so let’s give it a whirl this week and see how it goes!

**We will be periodically update this as team selections are finalized**