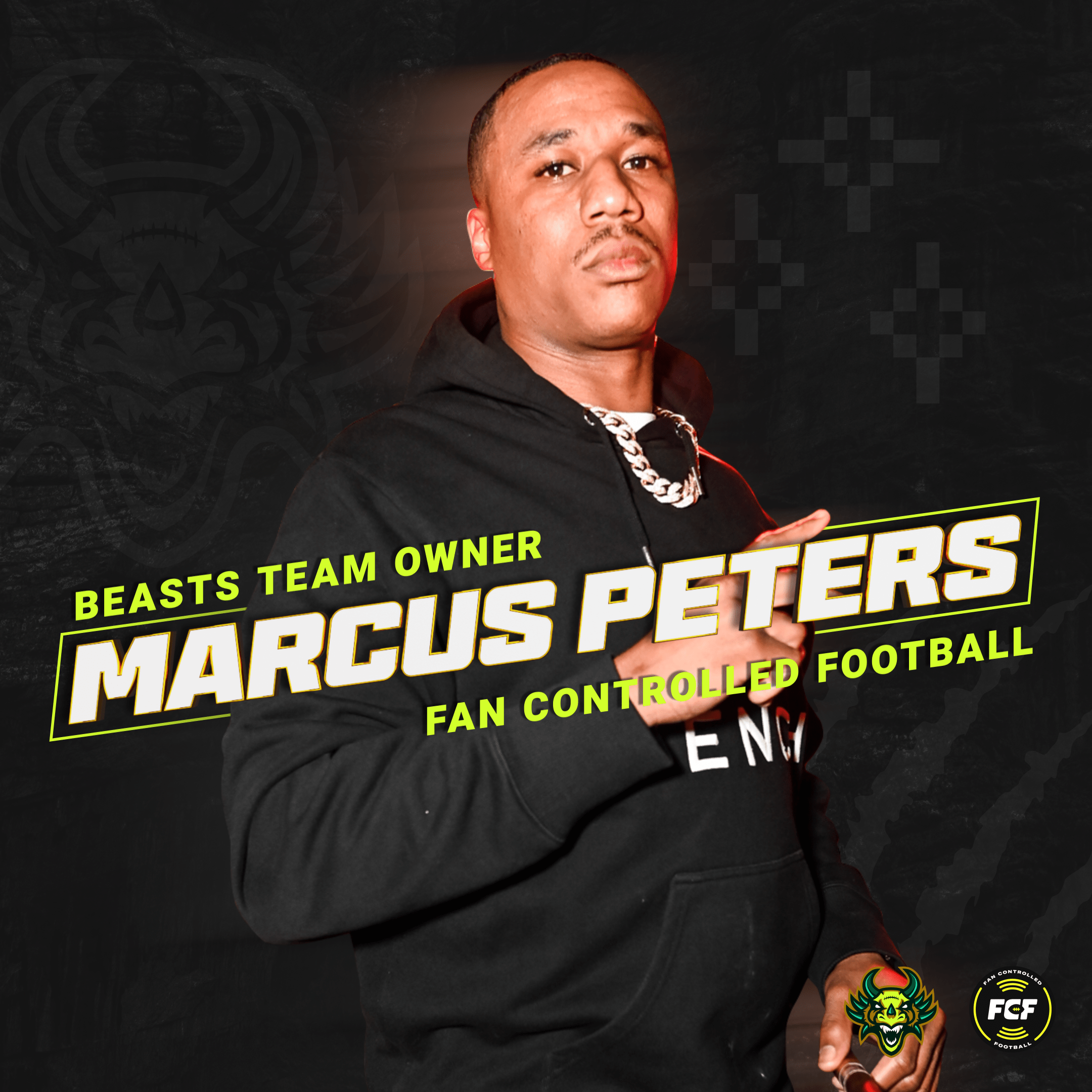 The Beasts as a team this season have seen their fair share of change and have adapted at every turn. Whether it was making a big time move to pass on their own starting quarterback to take a jump on the new guy, or being involved in the first ever FCF trade, there’s only one word left to describe their fan base. Resilient. It’s time we unveil a change that hopefully every Beasts fan will enjoy, their new addition to the Beasts ownership group, Baltimore Ravens CB, Marcus Peters.

Marcus Peters, cousin of fellow Beasts owner Marshawn Lynch, is a decorated NFL veteran who brings expert defensive experience to the team. In his 7 seasons on the field, he’s been named the 2015 NFL Defensive Rookie of the year, has made his way to 3 Pro-Bowl appearances and has been named a first team All-Pro twice.

“I’m hella juiced to have my cousin rock with us. Marc has a passion for the game like no other and the FCF gives him an opportunity to share that with the fans and the players. We watched some of our cousins get down on the field in Season 1, but it hits different to know you have family in the owner’s box with you,” says Beasts Owner Marshawn Lynch

A former standout at the University of Washington, Peters has played for the Chiefs, Los Angeles Rams and Baltimore Ravens during his seven-year NFL career. Despite missing all of 2021 with an injury, Peters has compiled 34 interceptions, six touchdowns, nine forced fumbles, eight fumble recoveries and 340 tackles in just six seasons.

For the complete Week 5 schedule and team/league stats visit, FCF.io