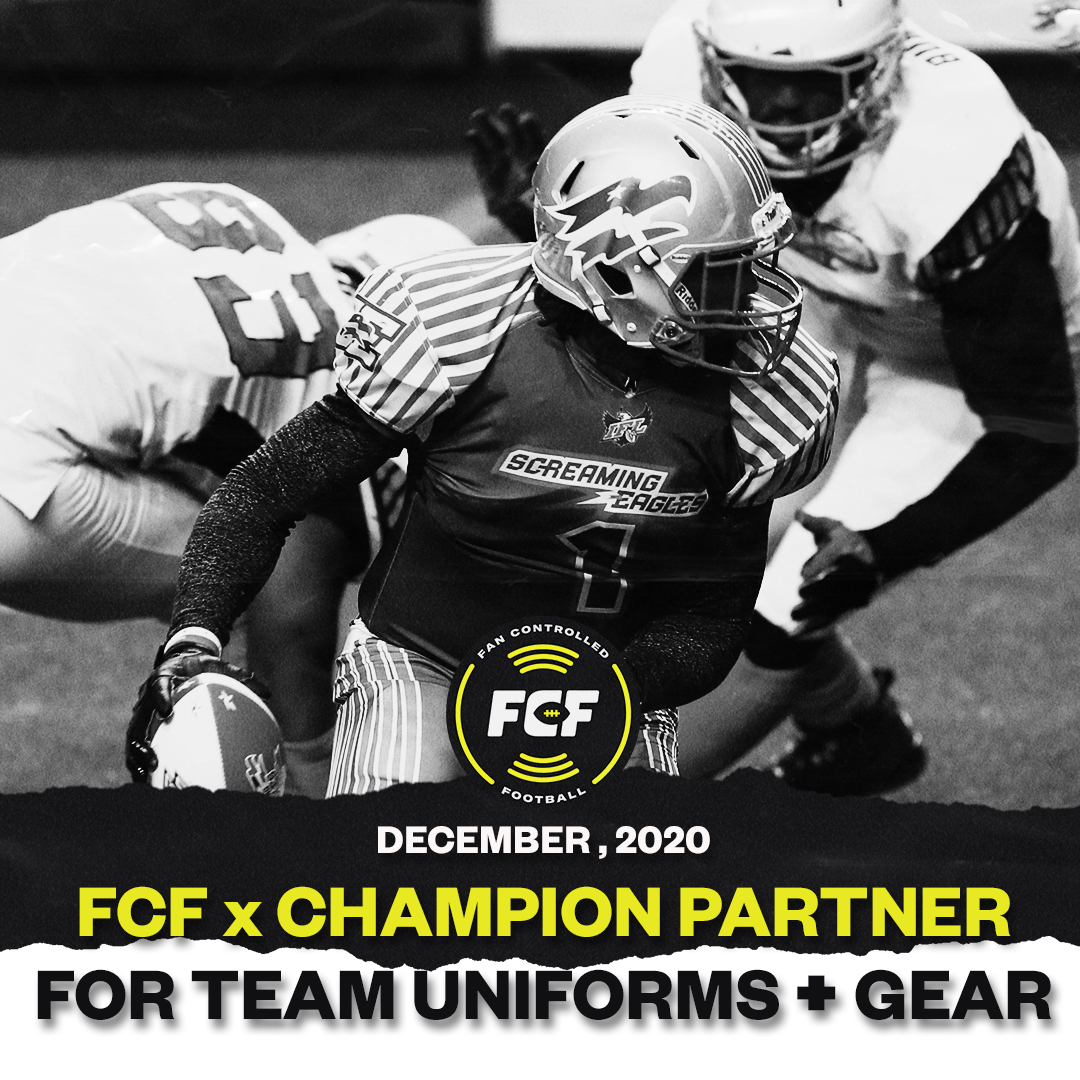 You didn’t think we were going to unveil the fan-designed team logos without following up with some more amazing news, did you?

FCF has partnered with Champion® Athleticwear to create the first-ever uniforms co-designed and voted on by fans. This has *literally* never happened before in the history of professional sports, and we are thrilled to be doing so with a brand like Champion. Fans will have the opportunity to make the pick and decide which jersey their team will be rolling with in Season v1.0, beginning today and ending on Sunday, December 6 at 11:59pm PT.

Fans of each team have three strong contenders to choose from – all of which embody the spirit of the fans and the attitude of their Team Owners. We can picture each owner and every athlete in any of these jerseys, so there really is no wrong choice here.

On top of giving the fans yet another branding decision to make for their teams, our partnership has resulted in a limited-edition FCF x Champion Capsule Collection featuring, you guessed it, the logos that were designed by the fans.

These items won’t be around forever, so we encourage fans to secure their gear before time runs out. Browse the collection at store.fcf.io.