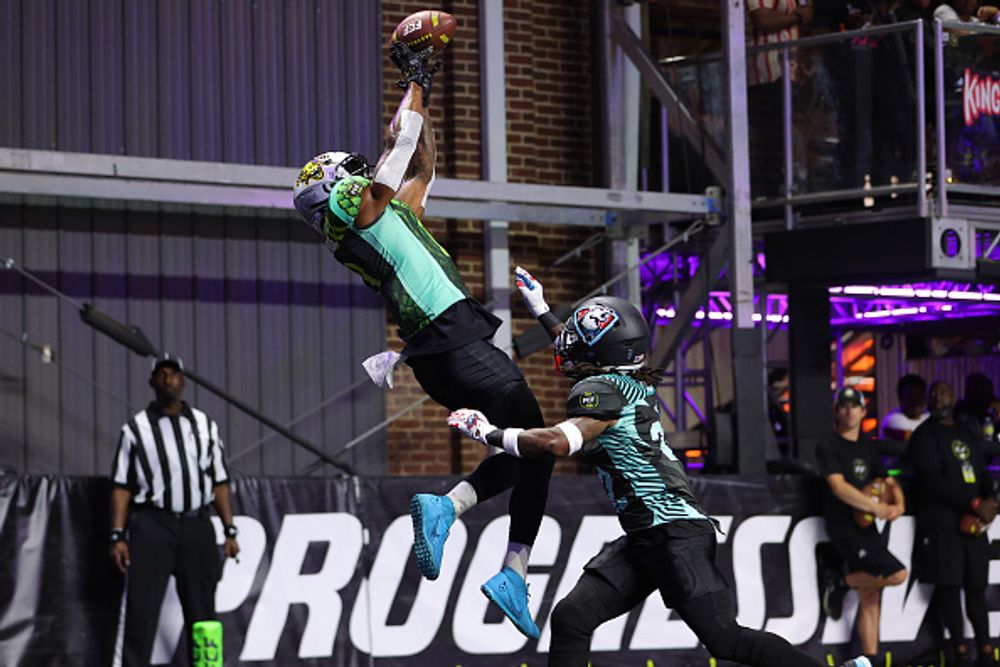 We’re less than 10 days away from finishing off the regular season and gearing up for the playoffs. Its been a wild ride so far – heck just a week ago it looked like the Knights and Stars were locks and the Zappers may not win a game… and now all three of those teams and literally everyone in the FCF is in the hunt for a playoff spot. The only team at this stage that is guaranteed a spot in the Playoffs is BAFC with their perfect 5-0 record.

The playoffs for Season v2.0 will consist of 4 teams – the top 2 seeds in each the Ballerz and OG divisions, who will play each other in the Divisional Championship games on 6/4 then the winners of those divisions will square off in the People’s Championship on 6/11.

For our weekly draft, where we combine teams across divisions in terms of seeding, we use Point Differential as the tiebreaker because it’s a metric that works regardless of teams having common opponents, but I think most fans would agree it is a pretty lame metric to prove if one team is better than another because it doesn’t account for the strategy our fans may deploy in a particular game or matchup.

Instead for the playoffs we had planned on using a similar set of tiebreak rules as the NFL – with the first being Head To Head record, followed by Division Win/Loss. However, with the Ballerz winning all of the inter-league matchups this season, almost all of the scenarios where two or more teams in the same division end up with a tied record would involve teams who have split their H2H meetings and who have identical division records – rendering those tiebreaks pretty useless.

We have inquired with fans and checked out other leagues to come up with other ideas for how we would handle a tiebreak, and there are a bunch of options that could be used, from “Quality of Wins” to “H2H Point Differential” to the last on on the NFL’s list – a coin flip. We thought it would make sense to put it to a fan vote, but realized that this late in the season fans would just vote for whatever was best suited for their team and not something that is actually fair and fun – and that actually works for both divisions equally.

So, instead of letting the fans decide between boring options with a general vote, we are going to settle it on the field and actually involve the fans. Those fans that have earned their way to the top through helping put their team in a position to make the playoffs will now be the ones who actually have a hand in getting their squad into the dance.

After our games on 5/21, we will know which teams may potentially be in a tie at the end of our games on 5/28 and we will be flying the top fan on this season’s leaderboard for each of those teams to Atlanta to be there as our VIP guest live for their team’s final regular season game on 5/28. If their team does end the season in a tie that evening, we are going to finish the night with a Man Up Showdown where that top fan will be the one on the field with Coach Liotta picking the players and the routes they run to try to win that coveted playoff spot.

The Man Up Showdown will consist of the QB and 3 skill players lining up for 1v1s with each team taking a turn in a similar format to a Soccer Penalty Shootout. If the teams are tied after 3 players go, then it becomes a single round sudden death – meaning the team that gets one stop and one score in a round wins and advances to the playoffs.

We will be reaching out to the top fans on these teams immediately following the games and if we don’t hear back quickly or they aren’t available to be in Atlanta on 5/28, then we will move down the leaderboard to the top fan who is ready to put it on the line for their squad.

And, if we end up with more than two teams tied for a single playoff position in a given conference, those fans will do RPS to determine which teams square off first in the Man Up Showdown.

So this week is critical – not just for the players on the field but for the fans on the leaderboard, as this is your chance to truly get in the game!