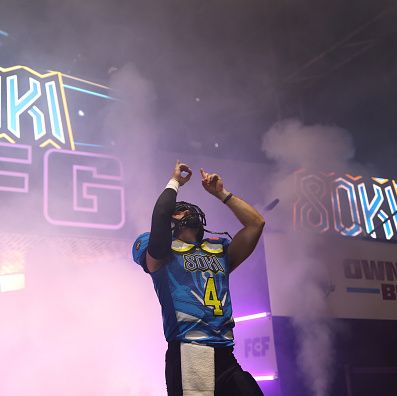 We are coming up on Week 3 of FCF Season v2.0, and today’s draft may be the most important one of the season. All teams up to this point have 3 players locked into their rosters for the rest of the season, but this week will determine most of your roster for the REST OF SEASON V2.0. With that said…we need to provide some information on how the draft will operate moving forward and what the fans should focus on for Draft Day Week 3.

After Week 3’s Draft, all SKILL position players will be locked into their squads. That means all QBs, SB’s, and WR’s drafted onto a team after the Week 3 draft will remain on that team for the remainder of Season v2.0. However, O-line and Defensive units WILL NOT be locked into the rosters. You may be asking, what does this mean for the draft going forward? Starting in Week 4, and moving forward, there will be a 2 round draft that will ONLY have O-line and Defensive units available. This will ensure that your squad is fresh and performing at it’s best rather than on the field for both teams in the same game.

Like I said, this week’s draft may be the most important of the season, so be sure to draft wisely! Is your team struggling? Analyze what your team’s needs are, and get the best skill guy available. If you feel that your team needs a better defense from last week, keep in mind that it may change in the following week, so make sure your team has all the weapons it needs on offense to succeed in the long run.

Tune in on Twitch at 7:00 PM EST for the Man-Up Challenge and stick around for the Draft starting at 8:30 PM EST.