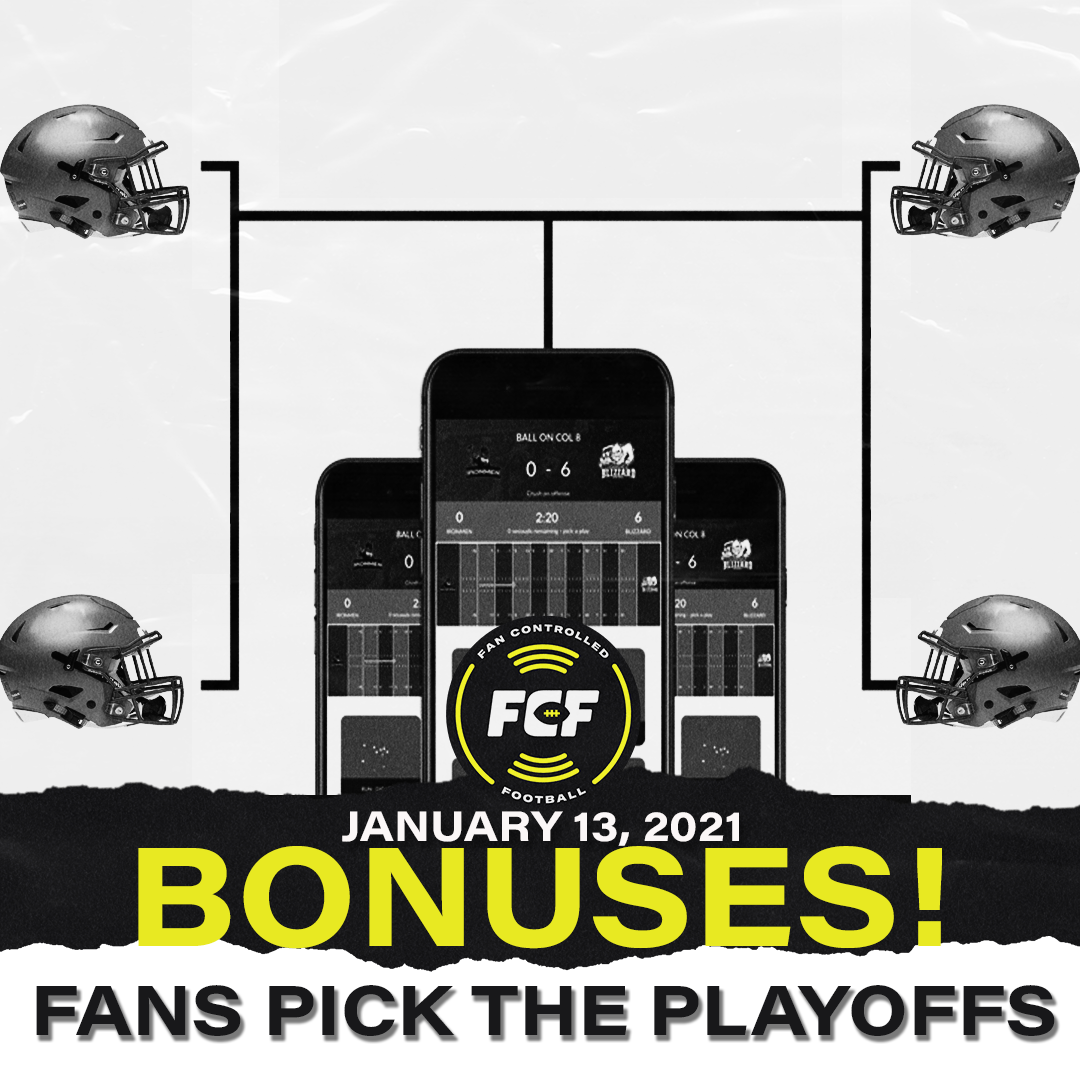 In my rookie year on the Jets we just missed making the playoffs in the last week of season and that was the closest I got during my time in the NFL. This season they changed up the format a little but you still end up with teams like the Pittsburgh Steelers having 11 wins missing the playoffs while the Washington Football Team get in and host a home game with only 7/9 wins.

For FCF Season v1.0 we have only 4 teams so they will all get into the inaugural playoffs meaning we need to really be creative in making sure the team who does the best in the regular season gets a real advantage going into the playoffs.

There’s a few different ways we can do it. We can keep it simple and just seed the teams based on their record with the 1 playing the 4 and the 2 playing the 3 then the winners meeting in the championship.

Or we can basically give byes to the top seed – meaning the 3 and 4 seed plays, with the winner taking on the 2 seed and then the winner of that playing the 1 seed in the championship.

And of course we can go the real interesting route and actually give the fans of the top seed the power to pick who they want as their opponent. As a player you know who you match up best with and what teams on the schedule  you think you have the best chance to beat but you can’t ever say it beforehand or it’s pure gold as bulletin board material for your opponent. But it sure would be cool if the fans could do that talking for us.

And then that brings us to bonus ideas for the 1 seed. We’ve talked about giving the top team the ball in both halves of their playoff game. Not a terrible way to get a leg up on the competition, right?

Or we can make it a little bit more interesting by giving the fans an extra team power to utilize during their game. The power could be an extra time out, maybe a 5th down, etc. This is the ultimate mystery-bag option – you don’t know what you’re going to get, but you know it’s gonna be good.

Maybe we let the fans be a little diabolical and steal a keeper. We’ve talked about fans having the opportunity to keep a player week to week in the league, ensuring they have someone to compliment their franchise tagged player, but what if you could steal another team’s keeper, leaving that team with a practice squad guy to fill the void? It might be a little evil, but something tells me some of y’all are shady and would love that.

This week as the NFL dictates how it works in the No Fun League, we are letting the fans make the call. You submitted these ideas for both playoff format and bonuses, so now we need you to make the call.