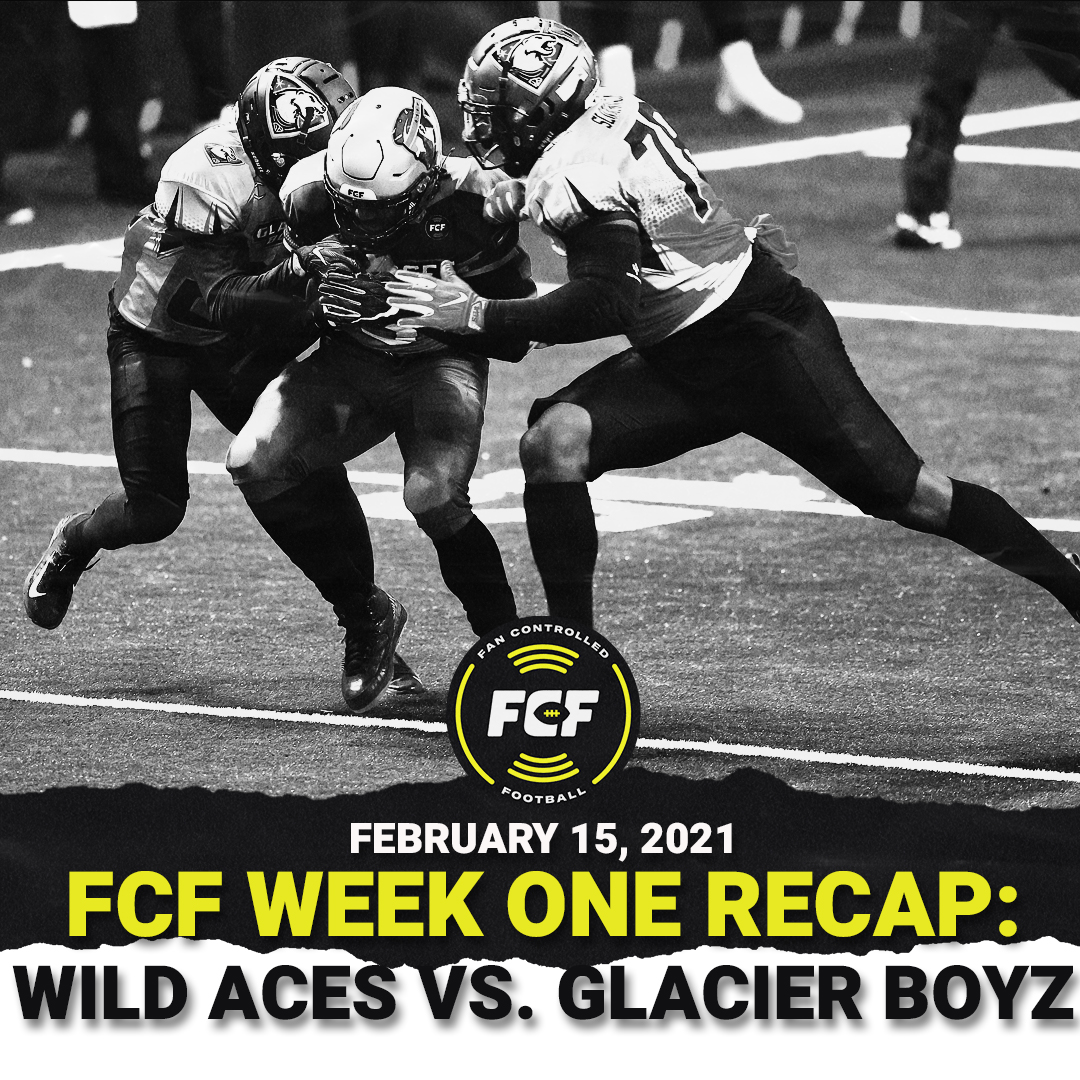 Catch the Wild Aces as they face off against the Beasts and the Glacier Boyz against the Zappers this week! The action begins at 4:00pm PT/7:00pm ET on twitch.tv/FCF and VENN

With Week 1 of the FCF season v1.0 in the books, let’s take a look at how the games were won and lost, and who to target in this week’s draft.

You could see there was a different plan very early on in the Wild Aces and Glacier Boyz game. QB David Pindell worked GB down the field in a methodical fashion, while the Aces fans wanted Jerdy to air it out immediately.

The Glacier Boyz scored the first-ever TD in FCF history, as Pindell ran it in from 11-yards out to cap a 5-play, 40-yard drive. Unable to connect on the MAN UP!, they took the early lead 6-0.

After Erdmann came up empty on 2 deep balls early, the Wild Aces went for a more conservative route with shorter passes to get down the field. On the 9th play of the drive, SB Calen Campbell ran it in for the score. That was Jerdy’s only drive due to a non-throwing shoulder injury.

Aces QB2 Ed Crouch led them to the W on 3-5 passing 45 yards and a TD pass to TE Jeremias Houston.

The Glacier Boyz QB tandem of Pindell and Deondre Francois threw for 2 TDs (1 each). WR Andrew Jamiel caught them both, on his way to a 3 catch, 46-yard night.

For the Aces, it was WR Travis Toivonen who topped the stat sheet with 3 catches for 42 yards.

The story of this game wouldn’t be told through the air. Aces runner Calen Campbell led the way with 8 carries for 39 yards and 2 TDs. For the Glacier Boyz, Pindell ran the ball 4 times for 33 yards and a score, while SB Berkley Edwards had 2 carries for 13 yards.

Neither team turned the ball over, and even though the QBs were running all over the place, the defenses didn’t record a sack.

The Shut Down Squad had a good night with 5 passes broken up, including 2 by Dominick Sanders.

The Wild Aces ran the ball 14 times to the Glacier Boyz 7. Since that played a major part in this game, fans should be sure they draft a solid SB, and incorporate the run game this week vs the Zappers.

All the lead-up, programming content, even the scrimmage/test couldn’t properly set the stage for what was gonna happen Saturday night. The lights and screens, the music as the players came through the tunnel, and the product on the field was amazing.

We need to get the running game more involved if Galcier Boyz fans expect to win. If Pindell has another night where guys can’t make catches, you’re gonna need that part of the game to lean on.

But the electricity was undeniable. I’m never on the edge of my seat during traditional football games until the game is almost over, and that’s just if it’s close. I signed up with the Beasts, but I couldn’t stop watching this game for a second.

I didn’t want to miss what was coming next. Now that Week 1 is in the books, I still can’t wait to see what’s next.