With Season 3.0 fast approaching, it’s time to reload our talent pool with the best of the best from each city we visit. This past weekend, we held tryouts at FCF’s home base, Atlanta, Georgia.

The tryout was at full capacity which meant peak energy around the practice field for the entire time. For a lot of these guys, this is a massive opportunity for them to show true professional football coaches what they got and try to impress them and earn a spot in camp.

“The drive, determination and desperation of all involved certainly impressed me,” said FCF Head Coach Shawn Liotta. “These open tryouts can be a true launching pad for a player who feels they are overlooked to springboard their professional football career.”

Coach Liotta knows best and knows exactly what he’s looking for. Check out what he had to say prior to the start of last Saturday’s tryout.

There was a wide range of players that attended tryouts, from former pro athletes (we’re looking at you Devin Funchess) to D2 and D3 studs looking for an opportunity to shine. No matter what each athlete’s background was, each of them get their fair shot at a contract, and boy were they working for it.

We did all the classic measurable drills like the 40 yard dash, broad jump and shuttle drills, but the competition really picked up during everyone’s favorite: 1v1’s.

Speaking of Funch, he brought the energy UP during these 1 on 1’s, and everyone wanted the smoke from him. Being a former NFL WR, he definitely got his fair share of wins, but there were some guys who were able to keep pace with him at times.

“I enjoyed seeing the competition during the one on one drills. I was impressed with quite a few diamonds in the rough that I believe we uncovered for Season 3.0,” said Coach Liotta. That’s what FCF is all about. Giving guys another chance to prove themselves and uncover those diamonds that others have left behind.

All in all, the tryout uncovered several athletes that really showed out and were offered contracts, as well as a few others who will be on FCF’s radar after their stellar performances. Just look at the muscles on #94, he had to be a shoe-in right?

FCF is full steam ahead for the next couple of weeks on recruiting the best talent available to compete on gamedays this upcoming May. Stay tuned for more athletes to come, and Orlando, you’re up next! 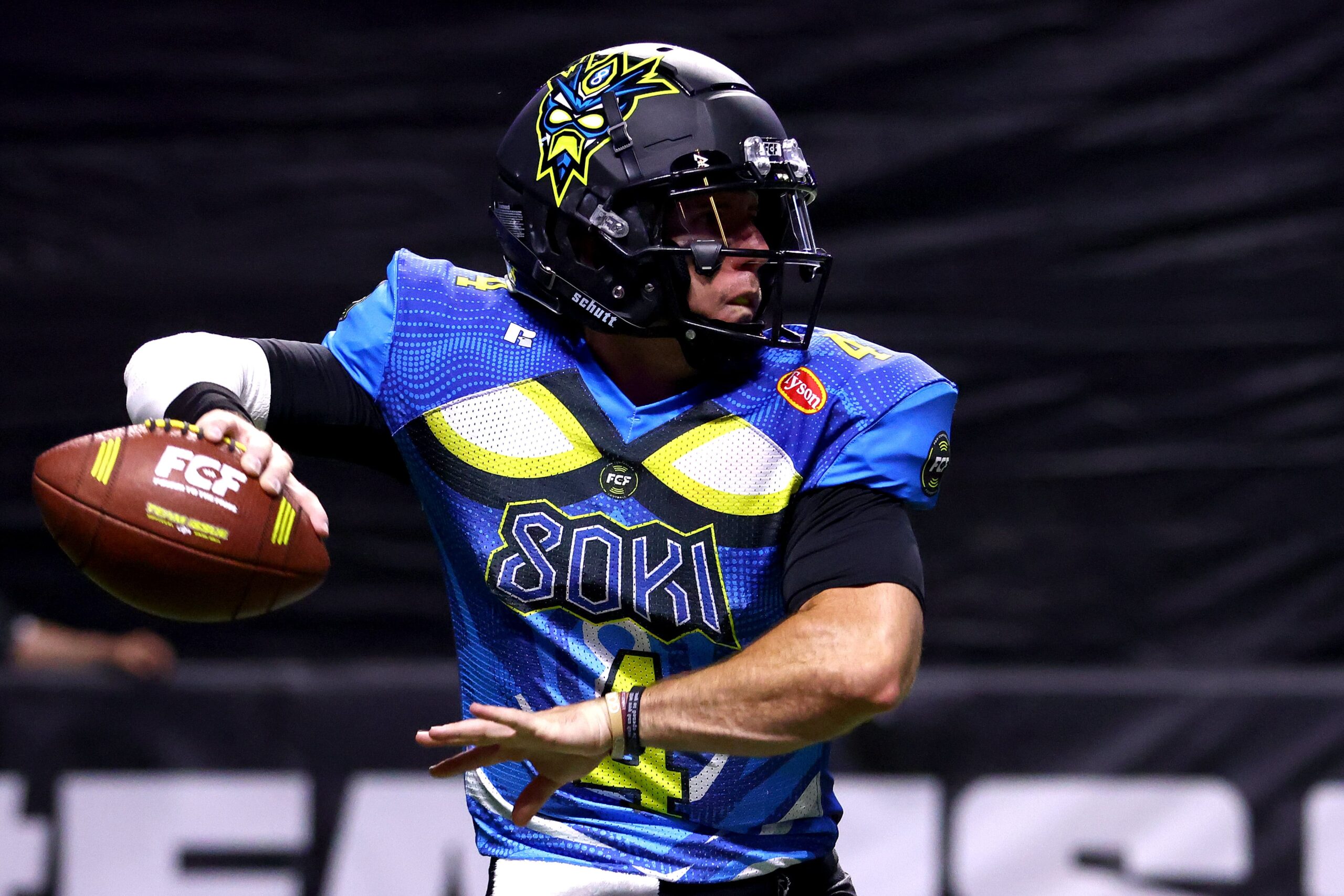