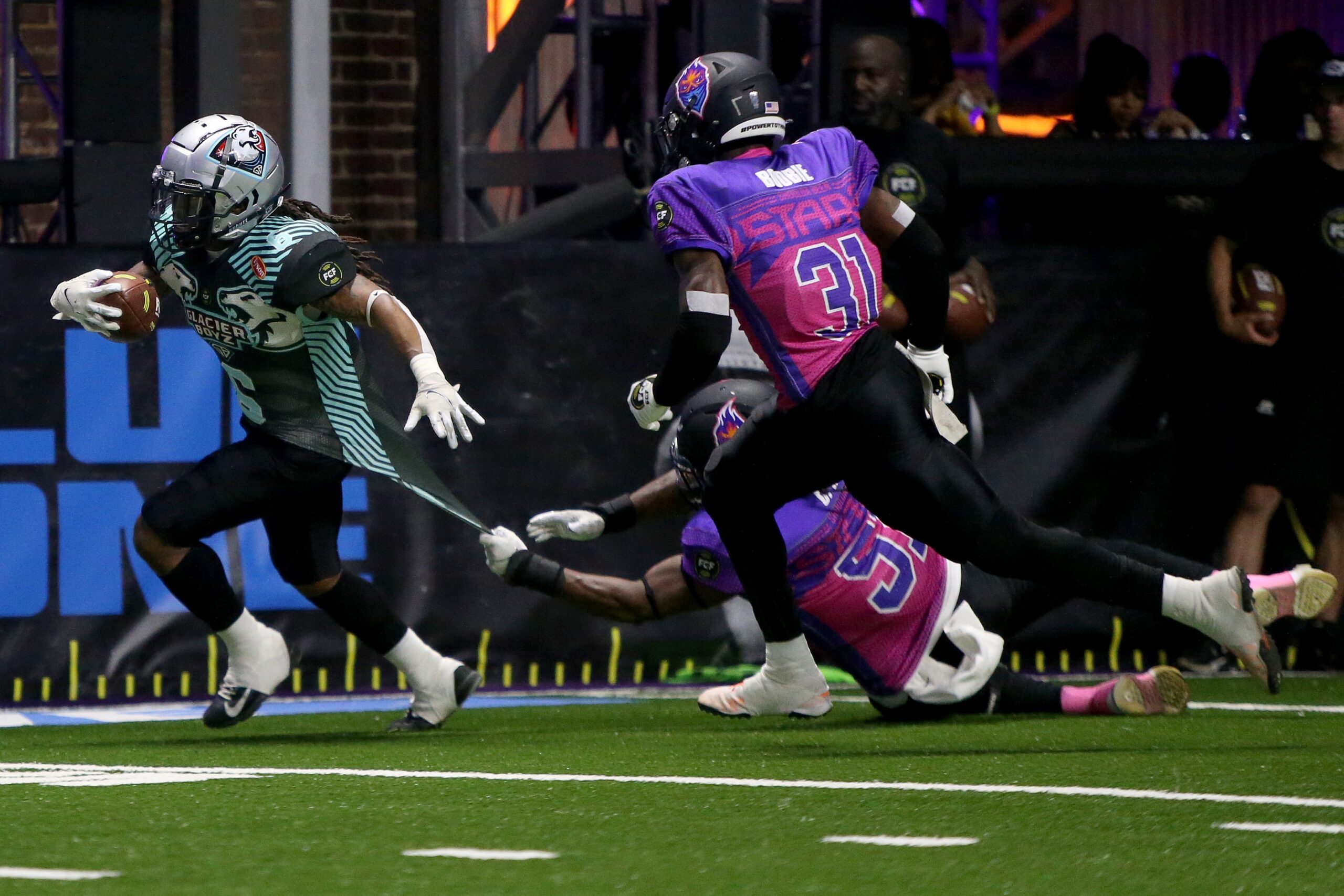 We pride ourselves on being at the leading edge of innovation in sports and tech, which means that sometimes we try to do stuff that doesn’t work – but always with the ultimate goal of giving our fans an incredibly fun and unique experience, where they get to maximize control of their squad.

The FCF Draft is unlike anything else in football at the moment, and we want to continue to bring that energy to the league every week. However, we also recognize how valuable it is to the football product for our players to get familiar playing with each other and how fans and players want to connect on a common goal of winning a championship

So, with skill position players locked in as of last week, starting this week, the Draft will consist of TWO rounds. Each team will either draft an offensive or defensive unit with teams drafting in descending order of how the standings are currently reflected. This will give each team’s skill position group the opportunity to gel together and build on their progress from the previous week. It will also give the teams at the bottom of the standings a chance to choose their preferred unit to get the help they need and give them a fair chance to turn their seasons around.

We know there were some other ideas thrown out about how the draft may work, but after some testing of the tech and discussion with our fans, coaches and players we believe that going forward this plan will produce both the best experience for fans connected digitally and the best product on the field once gameday rolls around.

Now, that’s not to say we haven’t seriously considered other ideas for how the rest of the season looks when it comes to the draft and how teams can add or even drop players of the fans’ choice. And, let’s not forget that after all, this is FAN CONTROLLED football. We want to listen to the fans when they say they want a little bit longer with their squads before we introduce anything else. If you’ve got other ideas leave them in the comments below!

In the meantime, study up and get ready to snag the offensive or defensive unit of your choice in the Week 4 Draft. This is a make or break week for many teams, and we can’t wait to see how things will shake up after this week. Power to the Fans!