The Votes Are In: August Vote Review 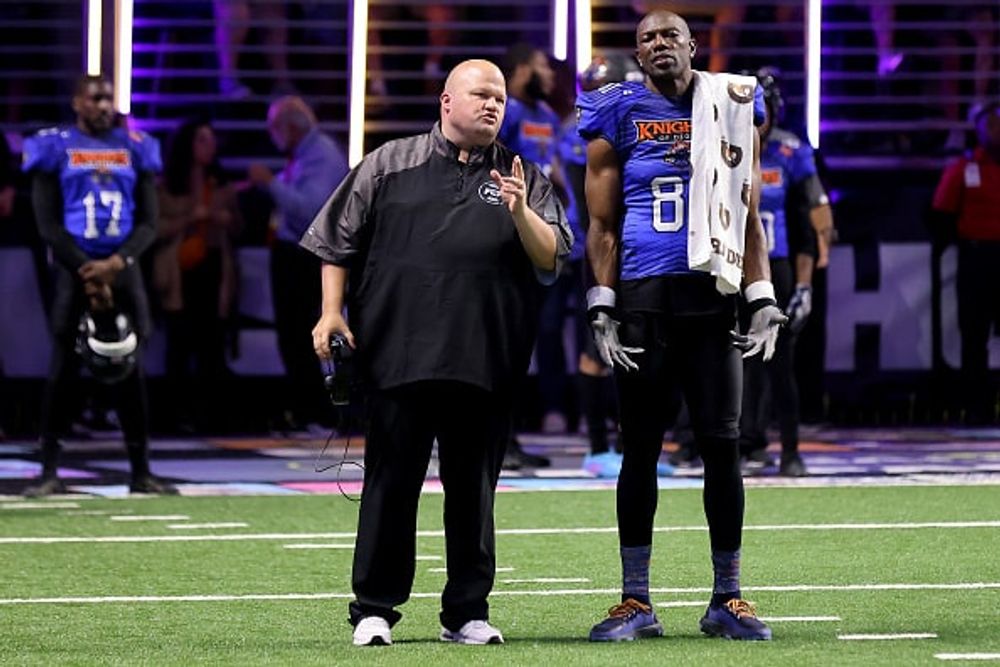 And we back! August is wrapping up, and with that, we need to revisit some of our votes from the month. The fans have been quite busy with deciding hall of famers, giving out player ratings, and dishing out some of your best fantasy football league rules to name a few.

As always, we want to give out some of the results the fans may not have seen after the fact and let you know some of the winners from the best votes of August. Let’s get into it!

Dash of the Titans

This was a fun one because not only was it a close vote with lots of fan participation, we have IRL results straight out of Miami! Check it out:

In summary: T.O. is still HIM. Clocking in at under 4.5 for anyone is a great feat, but for a 48 year-old still competing at a high-level is unheard of. Harden was close behind him and Jamiel rounding out the group. Safe to say the Knights of Degen finished the season with the most athletic 48 year old man on a football roster in history? I say yes.

Jamiel, yet again, comes out on top in this one. I have to admit, seeing Manziel come in second does surprise me a bit, but if the fans say he’s on track for a first ballot HOF award, then I believe them! We even had some Season v1.0 guys get in on the action like Travdaddy Toivonen, Jerdydude and somewhat ironically, last place Turpin who’s now balling out in the NFL as a member of the Dallas Cowboys. Whenever we do make the official FCF Hall of Fame, we will be sure to keep this vote in mind!

Madden 23’s release prompted us to think about what our own video game cover might look like down the line, and since after all, fans kind of run the league, we figured we should feature the best of the best. We put up a vote of some of our most die-hard and devoted FCF fans to see who would grace the cover of this hypothetical game, and the fans definitely got this one right.

Notmctunafish, the Zappers #1 fan, helped lead his team all the way to the People’s Championship and became and went down in FCF history after calling this play with QB Johnny Manziel:

Shoutout to all of our fans that made our vote, you guys are some of the best fans in the world, and we’re excited for what you, and the rest of the FCF fanbase, have done through just 2 seasons. Power to the Fans!!

This week is fantasy football week here at Fan Controlled Football, and with drafts kicking off around the nation, we wanted to hear from our fans which names, punishments, and ways to determine draft order are the best and most creative. Below are the top 5 options as of 4 PM EST on 8/25. Votes are live through the end of the day, so be sure to get yours in before it’s too late!

10% Buy dinner for the league

9% Enter a US Open qualifier

9% Shave legs for draft day, must wear short shorts on draft day to show off the legs

12% Based on prior season records

Each of these are subject to change by THE FANS, so make sure you get your vote in and help us determine some of the best parts of fantasy football.

Whew. What a month. Stay tuned for some exciting news coming in September, and as always, be on the lookout for more votes to come.