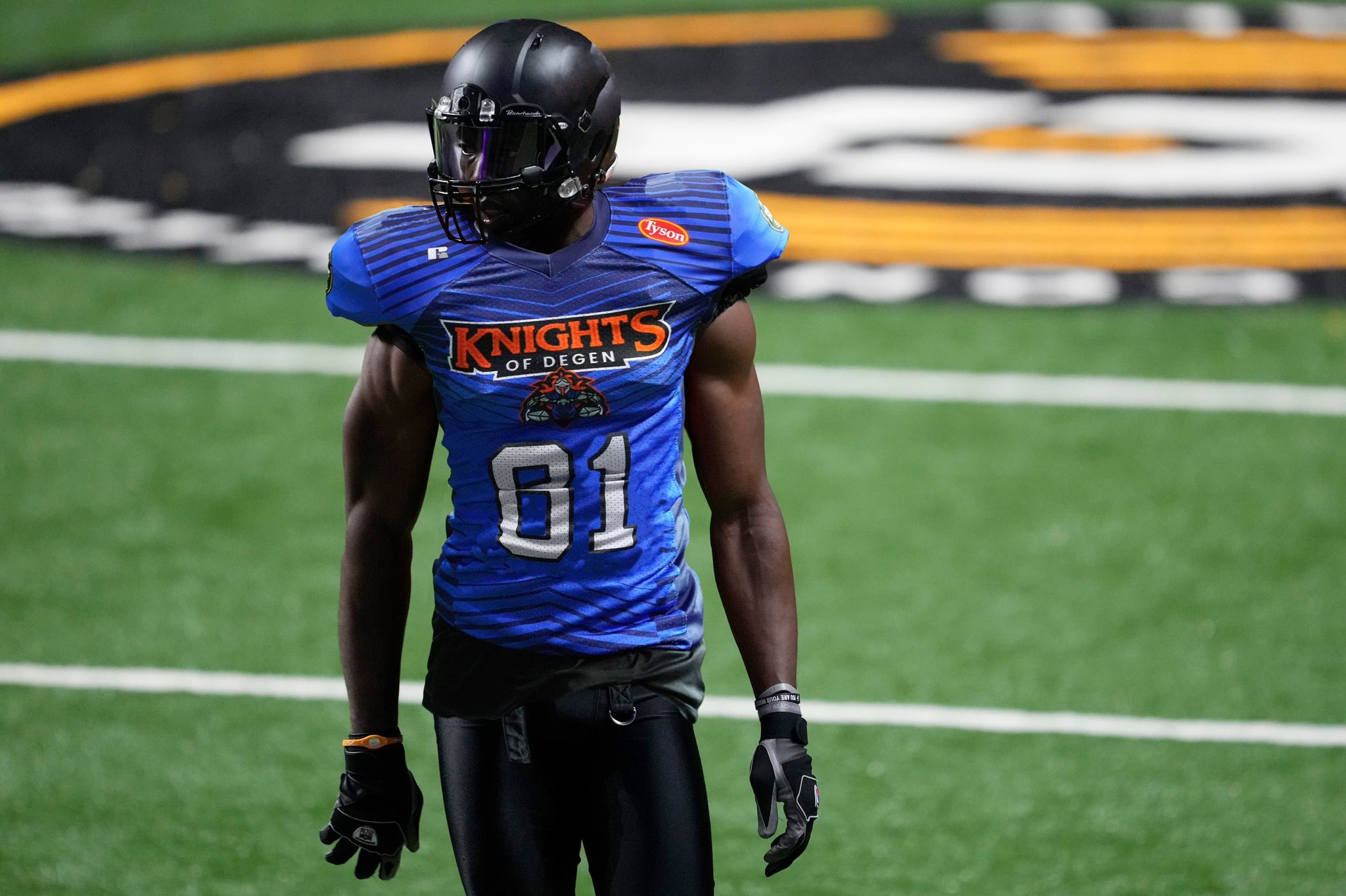 The first-ever trade in FCF history has taken place and it involves OG Teams the Zappers and Beasts and Ballerz team The Knights. The three-team deal was proposed by the team’s owners and then sent to a vote by the fans who had the ability to veto the trade for their team – but ultimately each team’s fans decided to lock it in for their squad as they focus on building out their rosters for the stretch run of FCF Season v2.0.

Our first ever trade was not without some controversy, as many of the die-hard Beasts fans who have been clamoring for Dentarrius Yon felt he was unfairly moved to the Knights last week as a backup. Many were vocal in their rejection of this proposed trade, although ultimately their fanbase chose to ratify the trade with 51% of total votes (factoring in the FanIQ multiplier for top fans) and 55% of all unique Beasts voters selecting accept.

While the Knights saw overwhelming acceptance with 95% of their votes supporting it, the Zappers fans were the only ones who had a larger portion of their vote reject the trade with 51% of the total vote saying they weren’t in support, but not nearly enough to hit the 70% supermajority to veto their Owner’s proposed plan.

This was the first time ever fans had a say in a trade for players on their team and while it wasn’t perfect, we learned a lot and will improve the process moving forward to make sure all fans have a voice in who gets included in proposed trades and how they get to approve or reject them.

These trades go into effect immediately and will have a direct impact on tonight’s O-Line and Defensive unit draft, as well as the games this Saturday (5/14). These roster changes have also impacted the schedule slightly as the Knights and BAFC will now battle for first place in the 7 pm ET slot on Saturday evening night with the Beasts vs Glacier Boyz immediately following. Both of these games have major implications for playoffs and should be a great opportunity for the Knights and Beasts fans to get a good look at the newly added players on their rosters.

Fans can purchase their Game Day Passes to attend live from Pullman Yard in Atlanta on TIXR or watch the games on Twitch, NBCLX and DAZN (international viewers only). Additionally, fans can catch the T.O. Zone, exclusively on Fubo Sports Network. Included in the T.O.Zone is the Linqto T.O.V. Cam, a special helmet cam view of everything T.O. is seeing on the field. Sponsor of the helmet cam and a new partner to FCF, Linqto is private investing made simple. Linqto provides ordinary accredited investors with speedy, low-cost, and easy access to shares of private companies via pre-IPO opportunities.

The Knight’s owners are clearly excited about adding a Hall of Fame WR to their roster as they prepare to avenge their only loss of the season this weekend. As a team powered by fans who hold one of the unique FCF Ballerz Collective Knights NFTs, they have already welcome TO to their community by incorporating unique Knights Baller #4312 as part of his signing bonus for joining the squad. While the open mint for the Knights Ballerz has sold out, fans wanting to call plays for TO this season can join the party by buying one on OpenSea and then registering in the FCF App for their team.

TO x Knights merch is now available in the FCF Store so you can get all geared up for the big game.