Hall Of Famer Terrell Owens Signs to Play In FCF 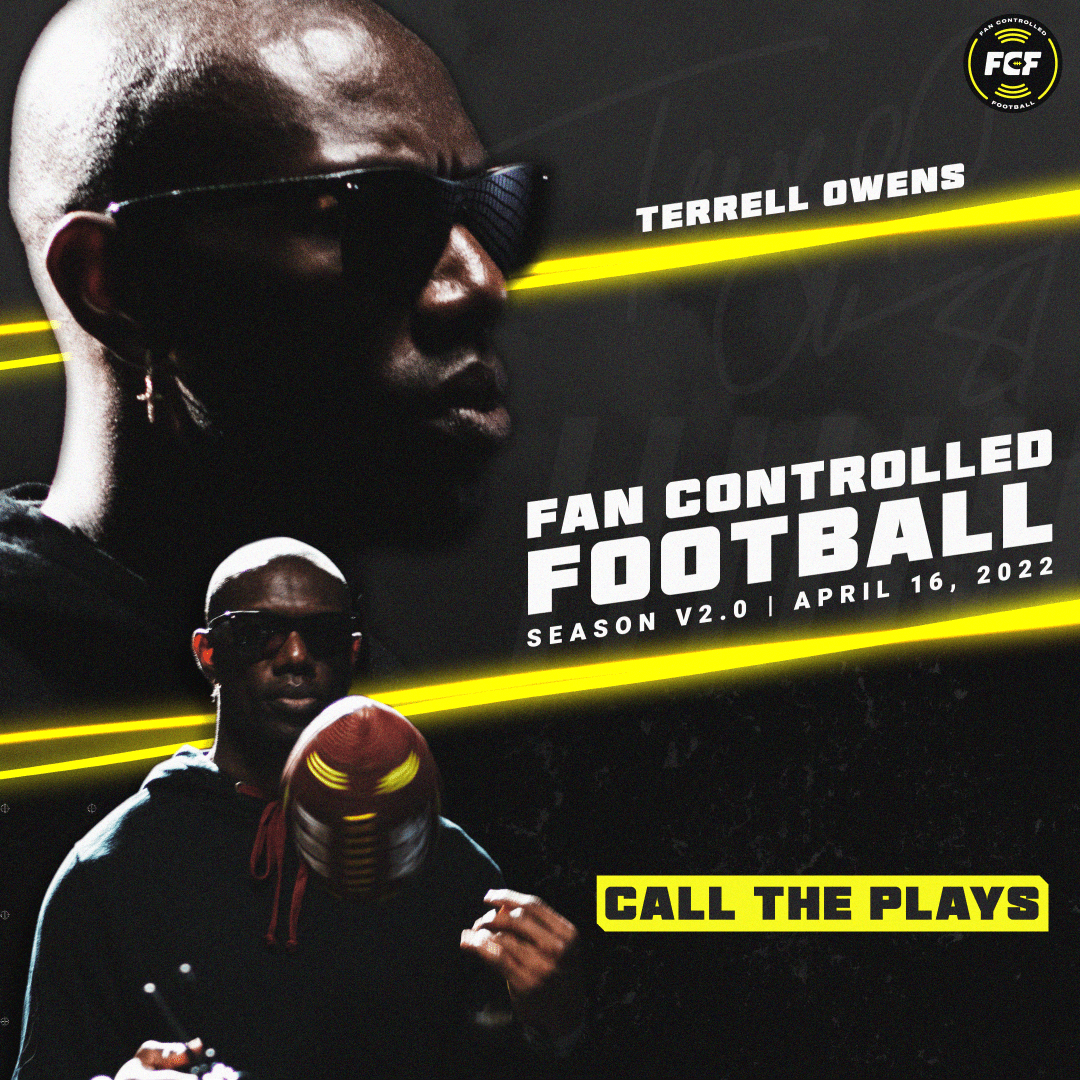 Getcha popcorn ready. Terrell Owens will join Heisman winner and former NFL QB, Johnny Manziel on the Zappers for FCF’s opening week for Season v2.0. “I can’t wait to play football at a high level again,” said Owens. “I’m happy to be part of a league that is redefining the game and bringing a level of fan interaction to sports that has never been done before. I’m pumped to have fans dial up the plays for me and will see you all on April 16!”

Owens unveiled his new jersey via @TerrellOwens. The jersey is available for order in the FCF store.

Check out this short clip featuring the man himself: T.O.

Owens, who played for five NFL teams including the Dallas Cowboys, San Francisco 49ers, and Philadelphia Eagles, is looking to prove he still has what it takes to compete at a high-level. In addition to playing, Owens and Fubo Sports Network, will be shooting “The T.O. Zone,” an innovative simul-cast that merges live football action and commentary like never before. This will feature Owens mic’d up so fans can hear his live on-field takes throughout each game. When he’s not on the field, the alternate GameDay broadcast will include Owens’ behind-the-scenes access and sideline interviews with celebrity guests, FCF owners and players. Who wouldn’t want to hear the game from the perspective of a HOF wideout?!

“I never really retired,” Owens told The Associated Press. “This is just an opportunity to partner with Fan Controlled Football and what they’re doing, giving guys an opportunity to really play football. And then, hey, you never know. This could be a springboard for those guys to either go to the CFL, NFL, whatever the case may be.”

“Fans are going to have the opportunity to call plays for a Hall of Fame wide receiver and watch the games from his point of view on Fubo Sports Network. This is truly groundbreaking, and we couldn’t be more excited to have one of the best players in NFL history join the FCF,” said Sohrob Farudi, Co-Founder and CEO of Fan Controlled Football. “While FCF is a fun and interactive experience for our fans, it is also pro football played at an elite level. I have no doubt T.O. is going to amaze everyone once he steps on that field.”

Owens and the rest of the FCF will suit up for the first week of games April 16th, 2022, so be sure to tune in, and getcha popcorn ready.

New to Fan Controlled Football? Download the FCF app and visit us at our website to learn more.