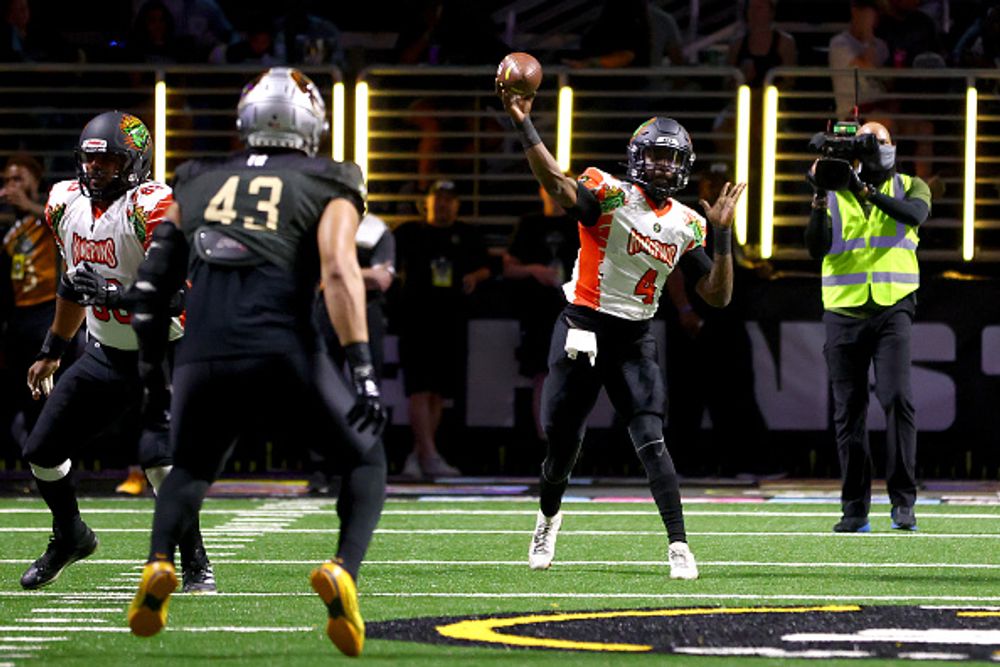 The Man-Up and Big Man Challenge have officially ended for Season v2.0, but that doesn’t mean we won’t have some intense competition for the fans tonight! Instead of our usual challenges, FCF will be showcasing some of our quickest, strongest, and most accurate athletes in a Skills Challenge to be held in place of the usual Draft show. Think NFL combine meets All-Star competition, and that’s what the fans will get to experience later on today. Take a look at how each of these competitions will run and who you might catch out on the field!

These guys have the need… the need for speed. 8 of the FCF’s quickest players will face-off in our speed competition in a head-to-head bracket-style tournament. Matchups will be randomized and players will compete in a 25 yard dash to see who the fastest player is in the FCF. There will be 3 rounds with the final round being a 1 on 1, winner take all. Who will come out on top and be crowned fastest man in Fan Controlled Football? Tune in for this competition to find out!

Everybody loves to see the big men show off their skills, and in this competition, we’re going to see just that. Some of FCF’s strongest players will be tested not just on strength, but on their endurance as well. Each participant will test their limits and rep out 225 lbs on bench press as many times as they can. In the event of a tie, players will settle the score by seeing how far they can throw a 25 lb sandbag across the field. The player who comes out on top will be crowned Fan Controlled Football’s strongest man!

Our last competition of the night will test the accuracy and decision making of our best arms in the FCF. 6 of the our most accurate throwers will face-off in the Elite Arm competition and will try to hit as many targets as they can. Each player will get 60 seconds or 10 throws (whichever happens first) to hit targets that will be separated into different stations around the field. Each player will then be given 3 throws from the left hash, 3 throws from the right hash, and 4 throws from the middle of the field, all from 15 yards away, to try and hit their targets. The top 4 will move on to the next round and compete again until we have a final 2. The winner of the final round will be champion of the Elite Arm competition and will gain major bragging rights.

Want to know who all is competing? Tune in to the live broadcast on Twitch to see if your favorite player will be participating in the action!