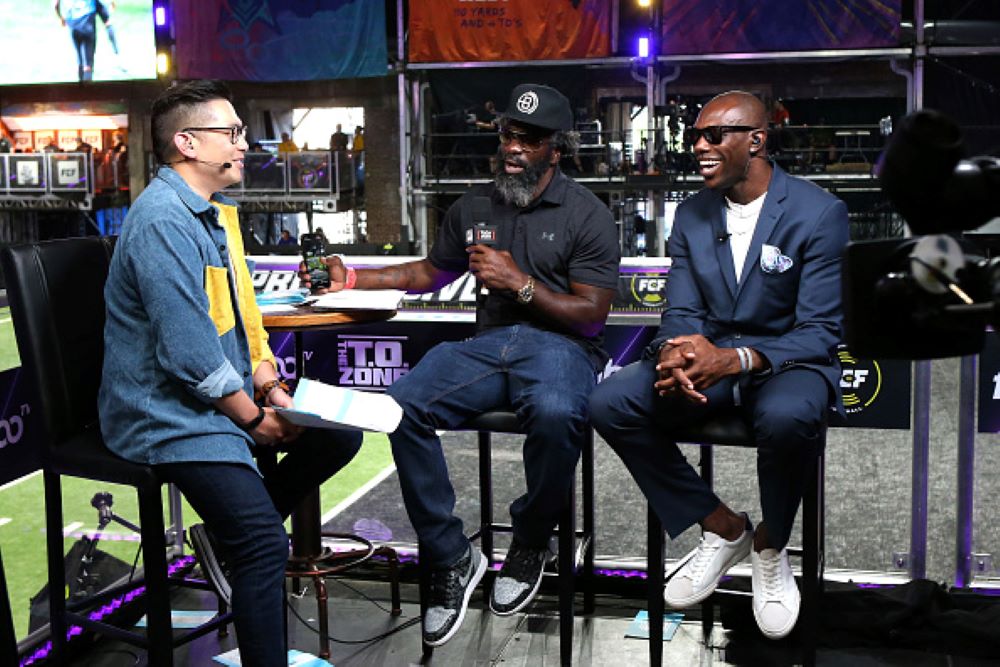 What. A. Weekend. We’re officially one week away from the epic finish that the last 8 weeks of football have led up to. The first round of the playoffs was exactly what it was billed as, shocking. With mountains to climb, comeback rules to enact, and football to play we saw 2 playoff games with everything on the line for all involved. Half the football to recap this week, all the action regardless.

The end result may have been the one that was expected but the game was far from normal. 8oki v BAFC may have raised more questions on the viability of the comeback rule in its current form as the league progresses, as it once again gave life to an 8oki squad that by all means should have been out of it.

The opening drive set the tone for the 8oki offense, as Mitch and the rest of the team struggled to complete passes, and was penalized twice on a long drawn out 13 minute opener. Quickly noting that Mitch was coming off of a covid stay that only allowed him to practice once this week, which may have led to the unusual disconnects. The stagnant offense led to the use of the 8oki 5th down being used on the first drive of the game, a 14 yard completion to Patrick Smith (the first of the game after an 0-3 start) kept the drive alive. 2 goal line rushes later and Malcolm Ballard pushed for the first score of the day, the ensuing extra point was an unfortunate omen as to how the rest of the game would go, a failed one.

Mitch Kidd #4 passes out of the pocket (Getty Images)

Rather than play the time of possession game, the Apes drove back and scored nearly instantly in comparison. 2 failed long shot pass attempts coupled with 2 rushes from Jakobi Baker (8 and 9 yards respectively) led to a 15 yard TD rush from Darren Woods which set up the lead taking extra point. 8oki followed suit, and rather than drain clock, Mitch Kidd would convert a do or die 4th down to Patrick Smith, and call his own number for a 24 yard rushing touchdown. The momentum shift after this rush, for lack of words, was remarkable.

With 6:51 on the clock in the first, the 8oki’s were up 12-8. It took 2 plays for Deondre Francois to connect with tight end Nick Bazille on a 40 yard touchdown pass, the Apes would go up 12-16. 8oki got the ball with 5:42 left and after a few inconsequential plays, Mitch Kidd threw up a 50/50 ball that was intercepted by Qwantez Stiggers. The Apes drove with 1:53 left on the clock, and took immediate advantage of the turnover, as Darren Woods punched in his second rushing score. Rather than taking the chance to stay afloat, 8oki then went 4 and out and with 20 seconds left, a series of rushes led to a 19 yard touchdown to Maurice Thomas as time expired.

Heading into halftime down 12-30, it looked like the game was far out of reach already for Mitch Kidd and the 8oki’s regardless of their track record when down big. Looking for a miracle, Francois fumbled attempting a handoff and 8oki recovered to open the half. The lifeline was extended, and 8oki got to work. 5 minutes was all it took for Kidd to complete a pass to Smith for a touchdown, 18-30. The touchdown pass didn’t come without cost, as Kidd took a hit so violently from middle linebacker Cecil Cherry, he had to get his head checked as backup QB Brandon Pearson took the extra point rep.

Francois and the Apes chewed up 9 minutes of clock to extend a drive that ended 0n a Jakobi Baker touchdown, 18-38. 20 points. 8 minutes, 12 seconds. The comeback Kidd began his campaign. The initial drive took far longer than they had hoped as nearly 8 minutes drained off the clock. Malcolm Ballard rushed twice for 4th down conversions on the same drive on route to an 8 yard TD pass to Joseph Boykin, after the extra point, 26-38.

With the comeback rule on, and 49 seconds left,  Kidd completed a 16 yard pass to Ballard, a 22 yard pass to Boykin, and called his own number again on a 2 yard TD rush, 32-38. With 21 seconds remaining, Kidd rushed for 10 to complete another comeback conversion, and with 11 seconds on the clock, there was a chance. Kidd completed a 17 yard pass to Boykin to get to the Ape 13 yard line but after a failed pass, the offense took a voluntary penalty to give the receivers more space to separate. With 2 seconds left on the clock, Mitch dropped back, scanned, and fired off a pass that was intercepted by the Apes as the clock expired.

The nearly legendary comeback fell just short after a 20-8 2nd half that left the 8oki’s one score from a win. On the other side the Bored Ape Football Club was left with a ticket to the people’s championship. Francois will get his chance at redemption this weekend, with another title game to attack. Congrats Apes, and to 8oki, what a run.

The Zappers and the Stars put on a completely different show, rather than a close game, we got to see the melt down of one of the most stable franchises in the FCF. Thankfully that means for the last time this season, I get to recap a game by recapping the seasons behind the groups.

Kelly Bryant and the Zappers faced insurmountable odds to get to this point, and for what felt like the thousandth time this season, looked to win as underdogs. Two complete opposites of the FCF scale, head to head against each other for a win or go home playoff game, what could go wrong.

Slade Jarman #15 passes out of the pocket (Getty Images)

For the Stars? Everything, everything went wrong. I’ve spent most of this season reminding the Stars to keep Slade Jarman in comfortable positions, he may not be a Kidd or a Francois, but he makes the winning plays when they’re presented. Instead, the Stars threw Slade to the wolves, and he had his worst performance of the season. 2 touchdown passes, on 7 of 14 passing through the air for 67 yards was paired with an abysmal 3 interception melt down.

The Stars on offense started off with 2 back to back 4 and out drives, and on the second the 5th down power up wasn’t even enough to get them past the 10 yard mark. The Zappers kept pace the entire time, they scored 4 times in the first half, and kept the game constantly out of reach. Slade bounced back after the offensive stagnations and threw 2 passing touchdowns, but closed the half with a last gasp interception.

For all the glee the Zappers had in the first half, Kelly Bryant rushed for 2 scores and was actively keeping the Zappers going, a troubling storyline slowly peered above the horizon. After a low hit to Bryant early on, his mobility was continually hindered as he played through what looked to be an ankle sprain. He played through, but as the Zappers scored on the opening drive of the second half, disaster struck.

Kelly called out the play from the 1 yard line, and put the ball into Shuncee Thomas’s hands, he rushed forward and scored, success. But Kelly remained down, on the rush Thomas accidentally stepped on Kelly’s bad ankle and completely turned it, that would be the day for him as he was helped off by training staff.

For just about the second time this season, Johnny Manziel leapt off the sidelines and was asked to perform, but this time? In the playoffs. The Stars also pursued a QB change, as Slade threw interceptions on back to back drives, so D’vonn Gibbons took over. It was already over by the time he took the reins, as the drive before the switch Johnny Manziel would loudly exclaim “I don’t know what the play is but we’re gonna score a touchdown.” it didn’t happen that play, but he’d later toss a 5 yard touchdown to Terrance Williams to essentially end the game. (Manziel was taken out after this and Laquan Horton was put in for the rest of the game)

The Stars tried in vain, they got a quick score from Gibbons after a safety, but would fail the onside attempt. Even then, the Zappers went on to score in 2 plays and kept the door open, but Gibbons fumbled the ball away to the Zappers. The clock drained, and when the dust settled, the Zappers did what seemed to be impossible a month ago.

Kelly Bryant and Johnny Manziel took it to the Stars, and in the end, secured their place in the people’s championship against all odds, congrats Zapper nation. Even after the meltdown, the Stars have their ring, congrats on another successful season even if it didn’t end the way you wanted it to.

The stage is set, the 2nd ever People’s Championship on June 11th, 2022, will feature the Zappers and the Bored Ape Football Club, with Deondre Francois and Kelly Bryant headlining the matchup. Championship preview coming soon.