FCF Owners Recruit Martavis and Kelly Bryant to the FCF 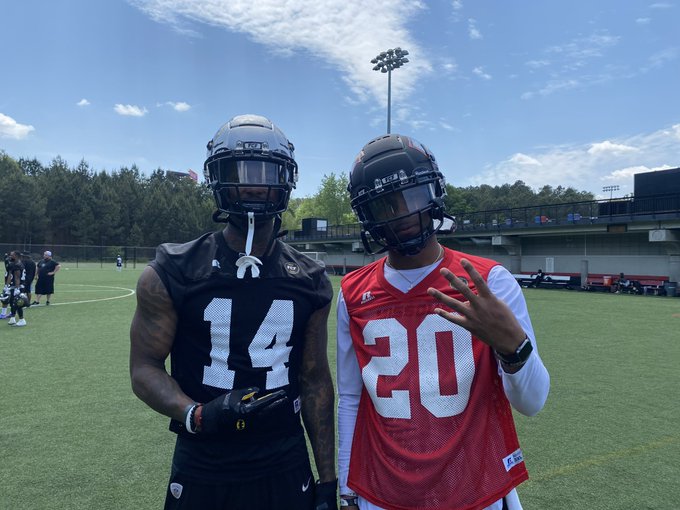 It’s official! Wide receiver Martavis Bryant and quarterback Kelly Bryant will join the FCF as additions to the Beasts and Zappers respectively.

Beasts’ owner Marshawn Lynch led the recruiting effort, as he and Martavis were teammates with the
Oakland Raiders in 2018. Lynch, along with Beasts co-owners Renee Montgomery and Miro, are
looking for Martavis to provide an offensive spark to complement the Beasts strong defense. Martavis Bryant compiled 61 catches for 1,354 yards and 13 touchdowns during his collegiate career at Clemson from 2011 to 2013 before being drafted by the Pittsburgh Steelers in the fourth-round draft of the 2014 NFL Draft. Martavis went on to record 145 catches for 2,183 yards and 17 touchdowns in his five-year NFL career.

Zappers owner Bob Menery is fired up to reunite with fellow Zappers owner Ronnie 2K at Pullman Yards to watch their team hopefully gain some steam with their new addition. The ownership duo recruited Kelly to team up with NFL Hall of Fame WR Terrell Owens, aka Prototype81, and ignite the Zappers offense. Kelly Bryant played quarterback for the Clemson Tigers from 2015 to 2018, and finished his college career in 2019 at Missouri. During his five-year college career, Kelly completed 492 passes for 5,553 yards and 31 touchdowns. As a junior in 2017, Kelly started all 14 games for Clemson, leading the Tigers to a 12-2 record, an ACC title, and an appearance in the College Football Playoff semifinal.

Each of these ownership groups deserve some credit. They both saw a need for their team, and identified some valuable options they knew would produce on the field. This isn’t the first time players have joined the league mid-season, and it probably won’t be the last. Each ownership group has been given the authority to go out and recruit players just like this, so stay on the lookout for more additions to teams in the future.

For the complete Week 3 schedule and team/league stats, visit fcf.io