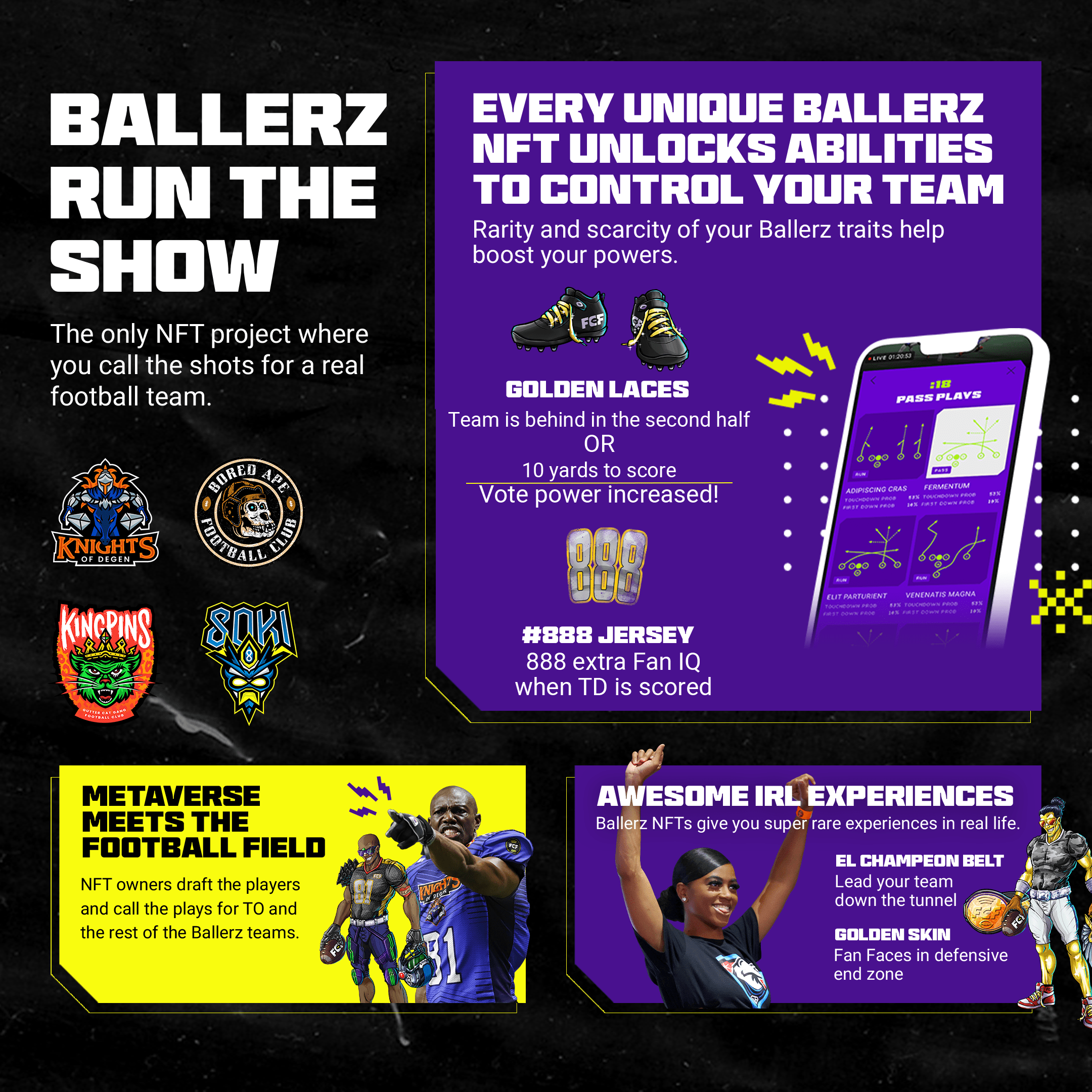 The Ballerz Collective has officially sold out, and we are PUMPED to share with you guys the next step for all of our Ballerz. Starting in Week 7 of Season v2.0, each FCF Baller will be equipped with different abilities that correspond to the customizable Gear Items which include the helmet, jersey, shoulder pads, shoes, gloves, and ball.

Already a Ballerz holder? Head to your locker room on https://www.fcf.io/BallerzCollective, click to expand your Ballerz details, and you can see what abilities you have unlocked for this weekend!

If you missed out on the Ballerz Collective mint, don’t sweat it. The Ballerz Collective can still be found out on the secondary market on OpenSea and Looksrare. Each of our four teams: Bored Ape FC, Knights of Degen, Kingpins, and 8oki, can be found there. Each Baller from each team is unique and equipped with individual traits that will now come with different in-game abilities. These abilities will be used during play-calling and will have different perks throughout the game.

From head to toe, all parts of your Baller has the potential to have an ability that will help impact the game and give you real-life utility to use for your team. These abilities will earn you extra FanIQ during different times and scenarios in the game which will give you more power and say on your team’s decisions. Here’s a sneak peak at some of the abilities that will be put in place for our Ballerz!

The metal mohawk helmet will give fans additional voting power on all of their team’s 4th down calls! Another cool ability we are rolling out is with the white arm sleeve. A Baller with white arm sleeves will give fans additional FanIQ when a fan calls a run play and it goes for positive yardage. As you can see, having these abilities greatly increases how the fans call the shots, and there are plenty more that we will be releasing.

Like we have said before, these are more than just a pretty jpeg! Get in the game now and head over to OpenSea to snag yours and start calling plays to lead your Ballerz Collective team to victory.