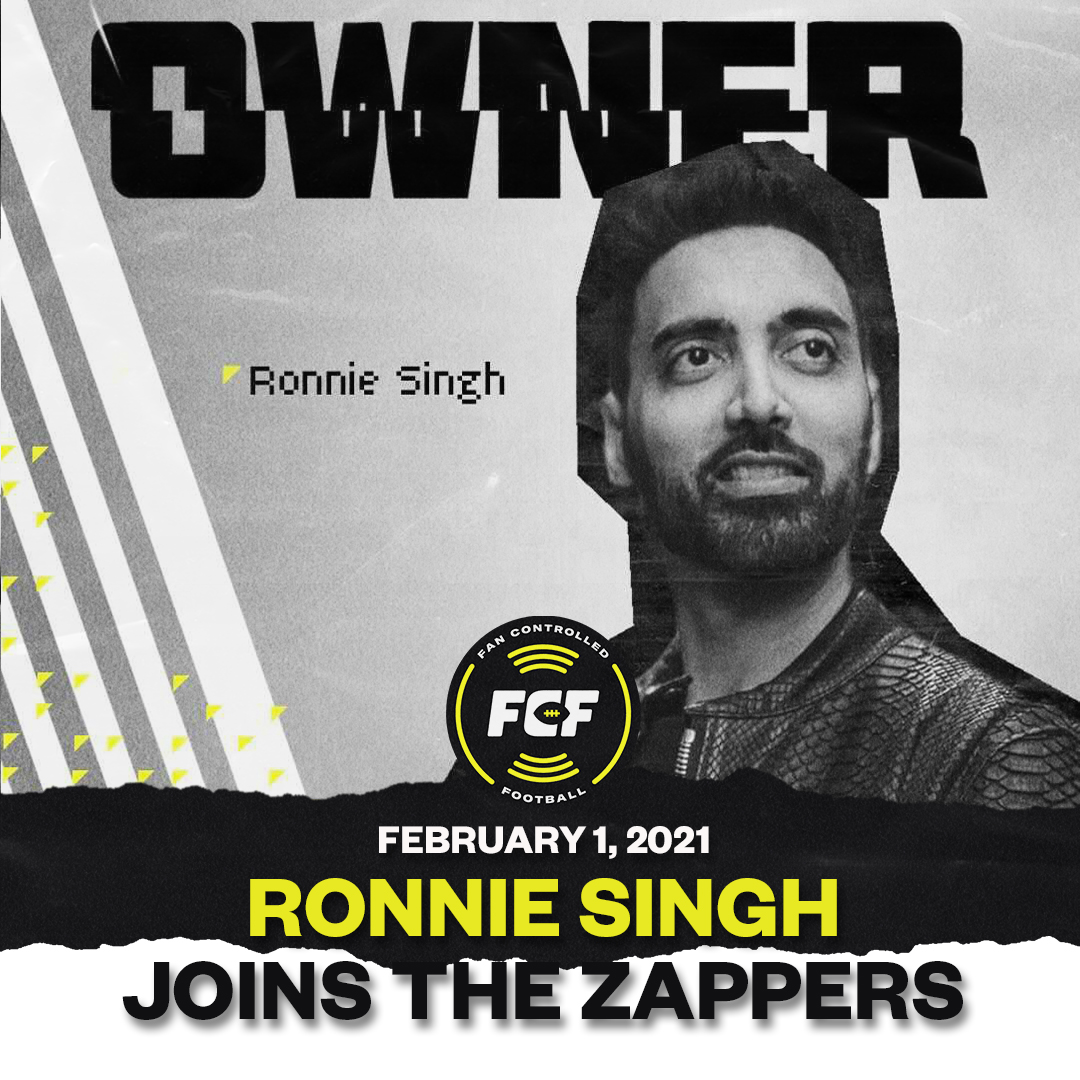 Make way, Zappers fans – Ronnie2K is headed to the Owners Box! As his nickname suggests, Ronnie is recognized as the face of NBA 2K, and is ready to take his love of video games to the next level – by literally owning a team in a league that combines them with real football.

“I’ve long been a fan of both football and video gaming, so to have the opportunity to become a co-owner in a league that specializes in both, to me, this was a no-brainer,” said Singh. “Fan Controlled Football is giving its fan base the opportunity to do something no other organization has even attempted. I’m excited to have a front row seat to see how the worlds of technology, video gaming and football intertwine into one.”

So, why the Zappers? Why would Ronnie want to join them over any other team? The short answer – his pal Bob Menery. “Ronnie is a good friend who knows his way around video games, so I’m pumped to have him join us as part of this wild FCF ride that is like a real-life video game,” said Bob Menery, co-owner of the Zappers. “With me and Trevor in the owners box already and Johnny playing QB, I hope Ronnie is ready to get zapped!”