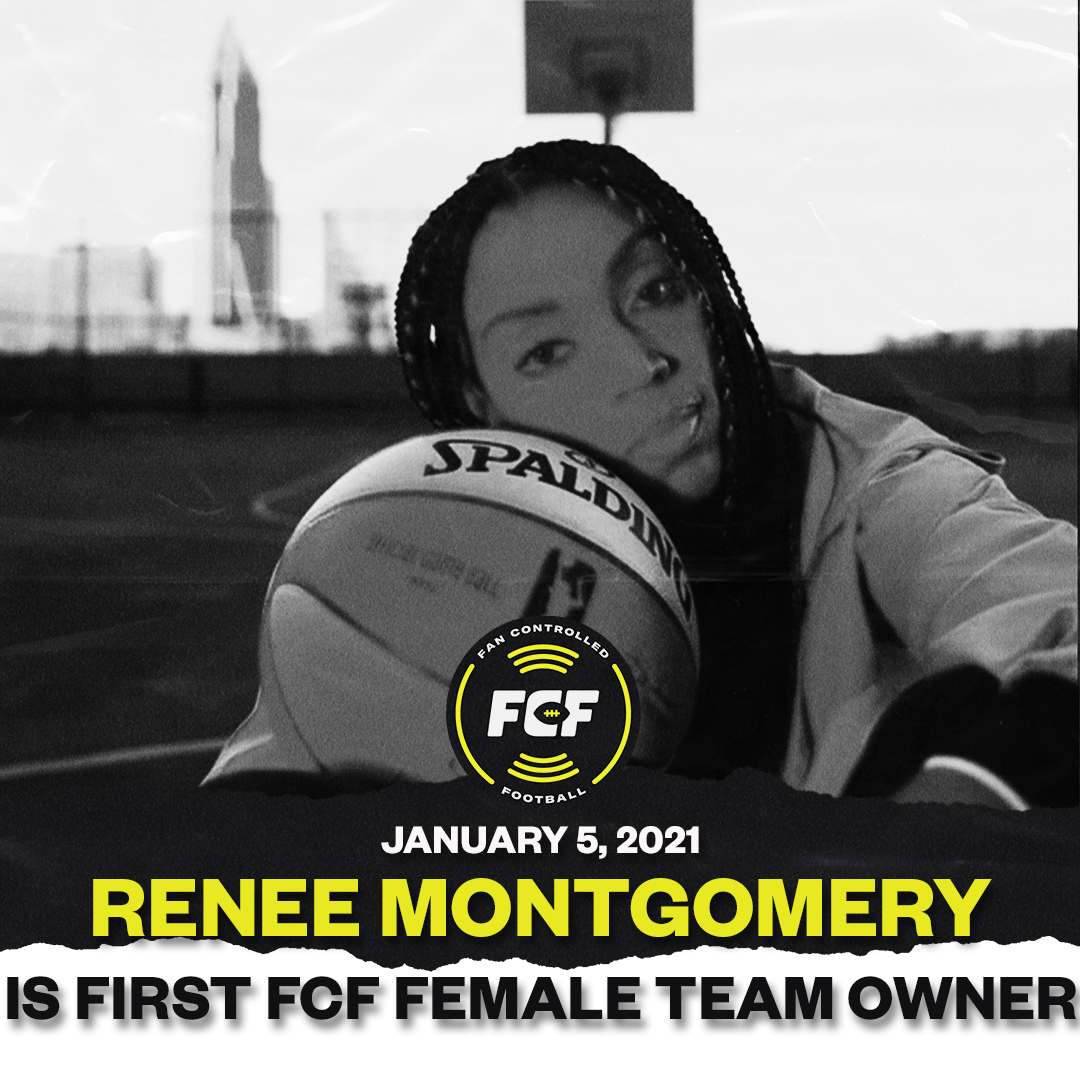 We’re kicking off the new year the right way – by bringing two-time WNBA Champion Renee Montgomery to the FCF! Renee is officially the first female Team Owner in Fan Controlled Football, and is beyond excited to join the Beasts.

“I have always been a big football fan, and now to have this opportunity to be the first female owner in the FCF during their inaugural season is incredible,” said Montgomery.  “I look forward to working with my fellow owners and all our fans to bring the FCF title to the Beasts.”

Renee has had one hell of a career – winning WNBA Championships in 2015 and 2017 for the Minnesota Lynx before heading to Georgia to play for the Atlanta Dream. Since then, she’s been splitting her time between social activisim and reporting for TMZ Sports. That’s right – if you aren’t a big basketball fan, you recognize her from breaking the news about Johnny Manziel joining our league, as well as every other major news story.

Talk about a way to kick off the new year, and trust us fans, this is just the tip of the iceberg!