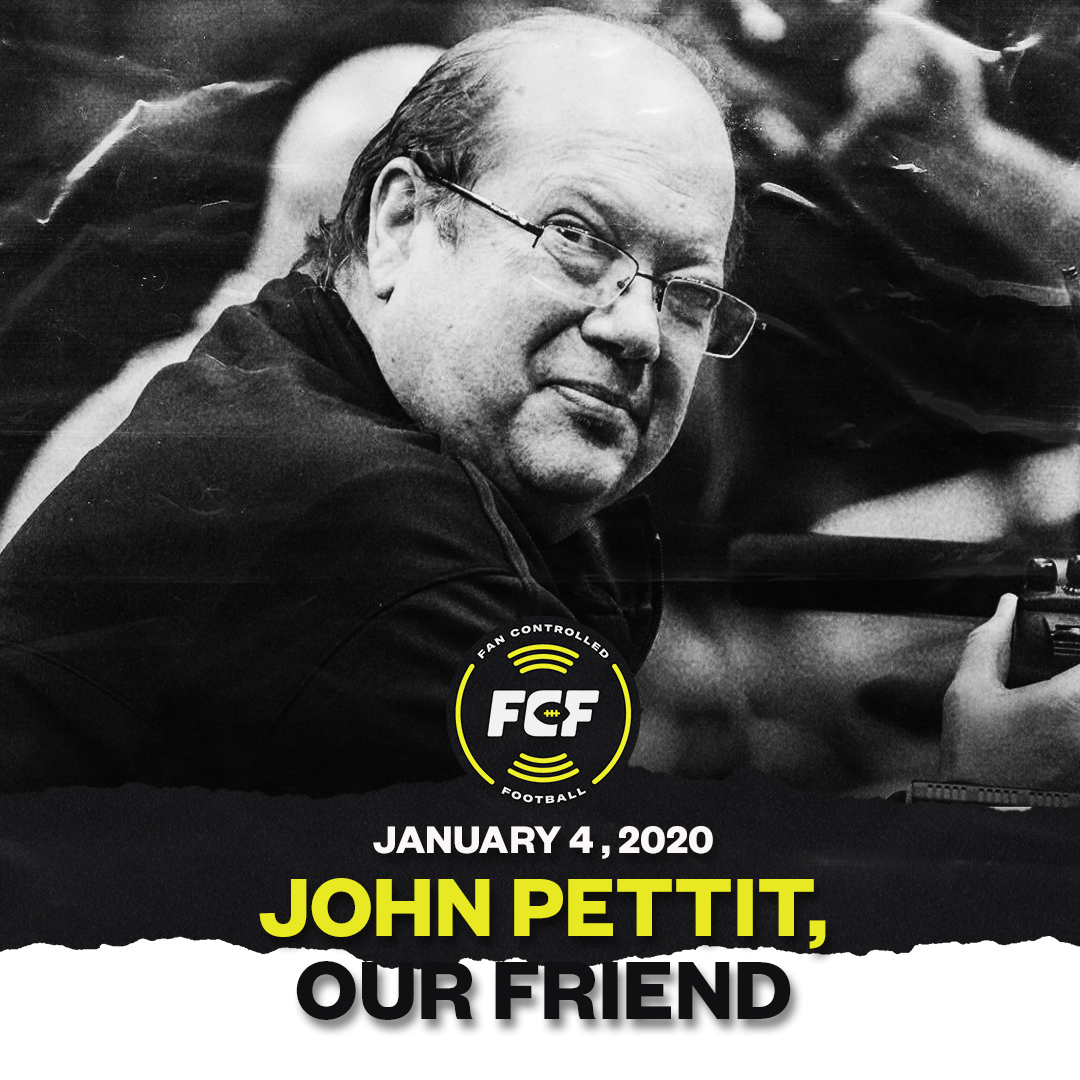 Our CEO, Sohrob Farudi, shared with our team, “I can honestly sit here and tell you that we would not be here… if it wasn’t for John.” He continued on to tell the story of how John took him under his wing in his first arena league team owner’s meeting. “John was there for us, he was there for me. He’s the reason we got a chance in the Indoor Football League… This is tough, but let’s go do this for John.”

After bringing our Co-Founders to the IFL, he helped us build this league from the ground up. As our VP of Football Operations, he was one of the first to believe in our vision and to throw in the support necessary to help us bring it to life. Chief Gaming Officer Patrick Dees shared, “He was always the first one to raise a hand, whether it be taking out the garbage or the biggest project on the planet, because he was ready and willing to find solutions… We’re doing the impossible with fewer resources than traditional leagues usually do, and John really set that tone early on that we’d find a way to do it with the resources we have. He will be missed.”

Co-Founder and Commissioner, Ray Austin, continued: “‘For the thirty years he was in indoor football, he tried to create opportunities for people. And that, to me, is what we stand for. We’re wanting to create opportunities for our players. Give them a different type of experience to have in professional football – professional sports period. And I will take that from him, and I hope we all live by that same thing.”

In our inaugural Season v1.0, John’s presence will be on the field for every single practice and game. Athletes will wear a sticker on the back of their helmets – helmets that John tirelessly sourced –  designed with help from his family, as a tribute to the man that helped us get to this point. We want to make sure every athlete and every fan out there knows that John helped build this league.

Here’s to you, John. We hope to make you proud this February.