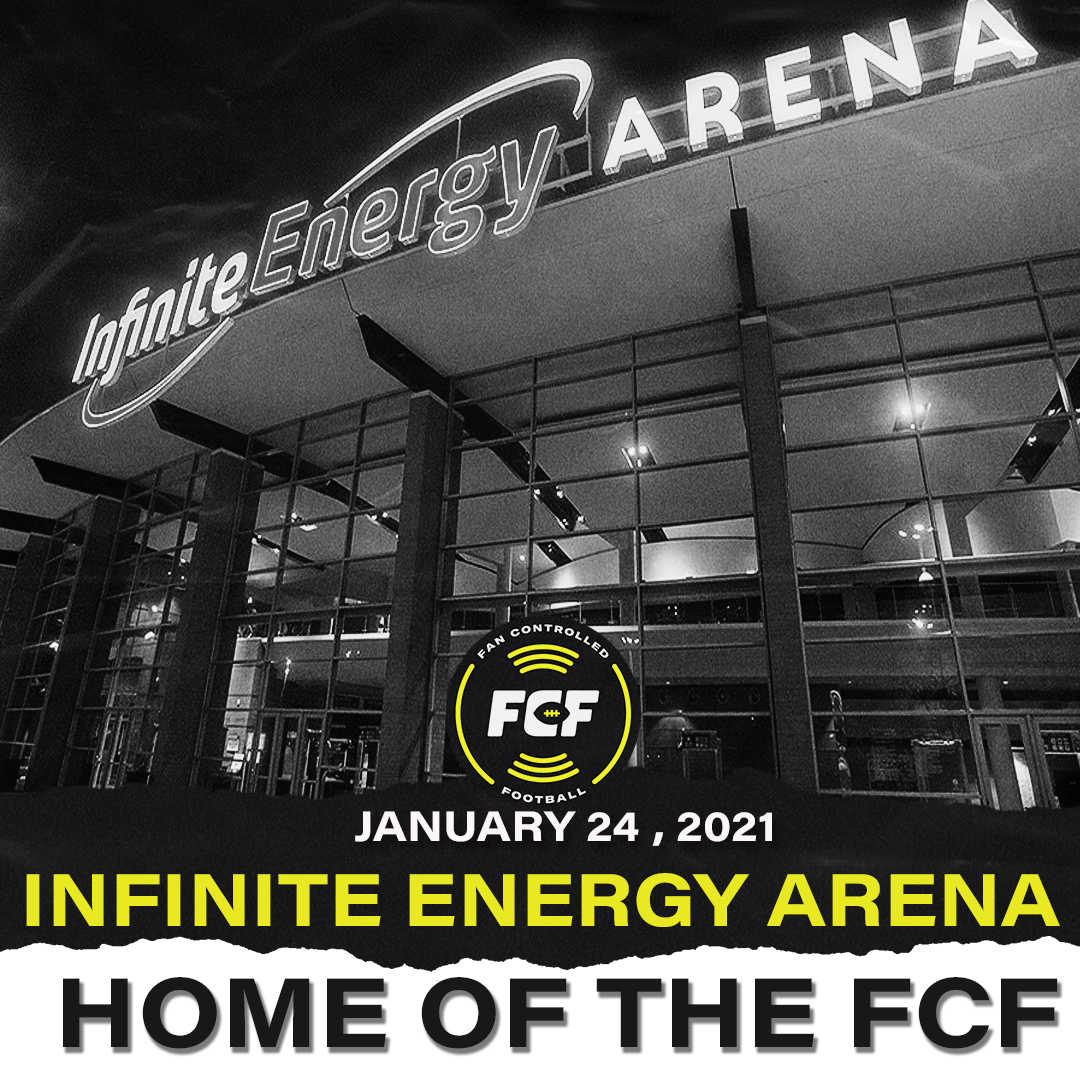 Gwinnett County’s Infinite Energy Arena has been selected as the hub for the unique Fan Controlled Football esports league, which features indoor games with real players and allows viewers to call plays in real time.

The startup league, which sparked headlines last month with the announcement that 2012 Heisman Trophy winner Johnny Manziel will be among its players, plans its games to be 7-on-7, fast-paced and high-scoring, and focuses its operation on fan interaction.

The Saturday games at the Duluth venue, beginning Feb. 13, will be streamed on Twitch, and the league’s interactive video overlay extension and mobile app will enable fans from around the world to call the plays in real time that their team will run on the field — the atmosphere is a fusion of sports, a video game and fantasy sports.

Operated by the Gwinnett Convention and Visitors Bureau, the Infinite Energy Center and its 118-acre campus will host all games and events, coordinated with hotel accommodations and transportation, which allows the FCF players and coaches to create a bubble of safety amid the COVID-19 pandemic.

“From the beginning we’ve sought out partnerships and technologies that would allow us to bring unprecedented levels of interaction and tech to our fans for Season v1.0. This venue allows us to do what has never been done before,” FCF co-founder and chief gaming officer Patrick Dees said. “We couldn’t ask for a more engaged and leaned in partner than we have in the team at the Infinite Energy Center. No question, this partnership will result in us hosting the most unforgettable live experiences in sports and entertainment.”

The inaugural FCF season will feature four teams with celebrity owners, including Gwinnett native and rapper/producer Quavo, who co-owns the Glacier Boyz with NFL player Richard Sherman and YouTube personality Deestroying. The Zappers, with Manziel on the roster, are owned by Mets pitcher Trevor May and sports broadcaster Bob Menery. The Beasts are owned by the NFL’s Marshawn Lynch, wrestler Miro and longtime WNBA player Renee Montgomery, most recently with the Atlanta Dream. The Wild Aces are owned by Kinda Funny YouTube channel creator Greg Miller and NFL running back Austin Ekeler.

Their rosters for the six-week season will be made up of professional players with NFL, CFL, XFL and IFL experience, as well as top players with college football experience. Fans not only call plays during games, they also make personnel decisions that include hiring coaches and choosing players for each team’s weekly roster through a fan-run draft. The 60-minute games are streamed on Twitch at 8 p.m. and 9:30 p.m. each Saturday.

Fans of the league already weighed in on league rules and co-designed and voted on each team’s uniform, provided by Champion. Others can join the action by signing up at FCF.io.

The new league fills a void for Infinite Energy Arena, which is without a longtime tenant, the ECHL’s Atlanta Gladiators, for the 2020-21 season because of the pandemic.

“On behalf of Infinite Energy Arena and Gwinnett County, we welcome the FCF to our community,” said Infinite Energy Center CEO Stan Hall. “We are excited that they have selected the arena as their official venue, and we look forward to working alongside the league.”