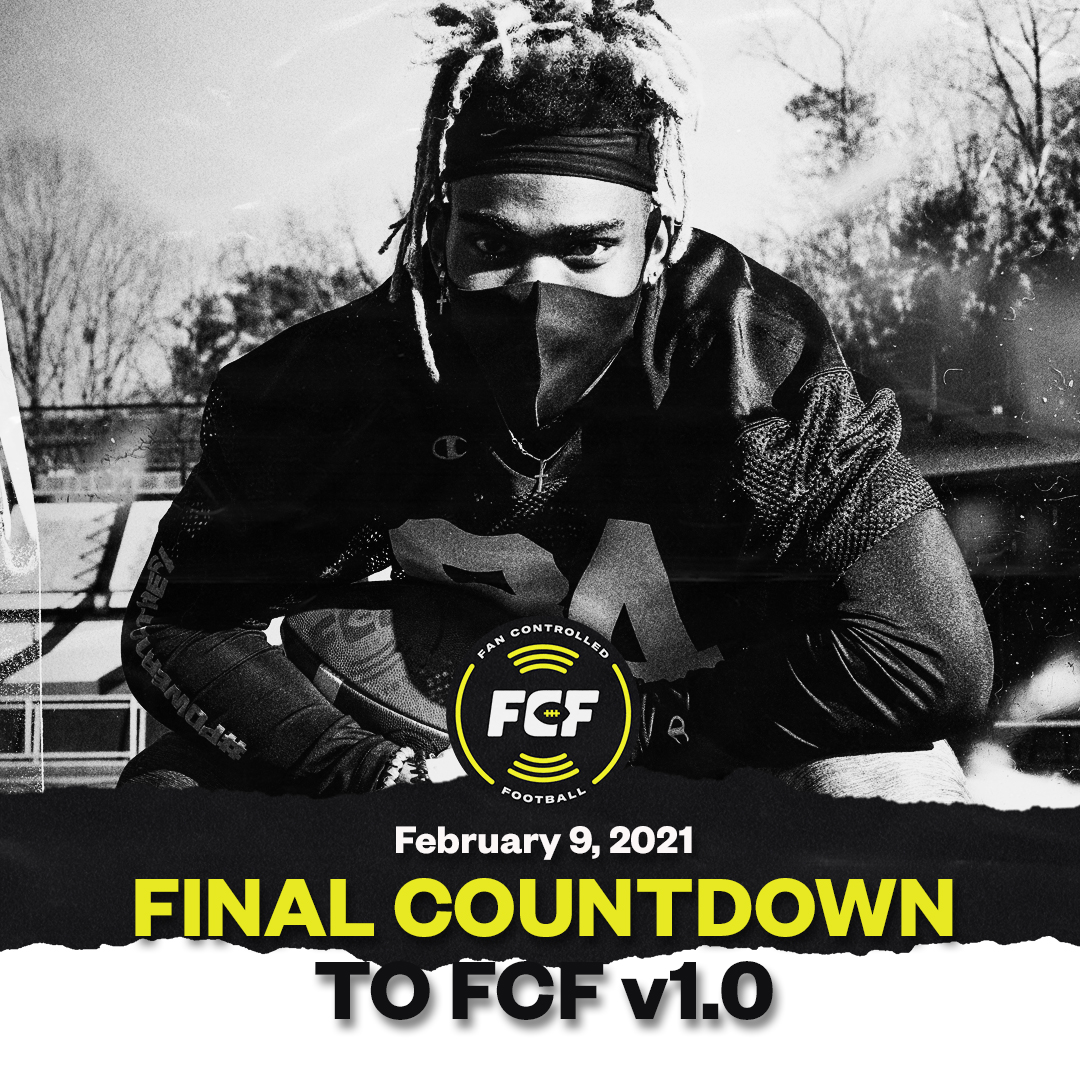 Fan Controlled Football has redefined the fan experience for football lovers. Everything you thought you knew, has been flipped on its head in the FCF. And the best part, nothing on the field has been compromised.

From the team logos to how to handle overtime, fans have voting power to make the calls. Speaking of which, if you’ve ever yelled at the television over a play you thought was a bad call (cue Super Bowl XLIX, when Pete Carroll decided to throw at the goal line, instead of hand it off to Beasts owner Marshawn Lynch), the FCF is perfect for you.

Fans will be able to call the plays here. Wanna call a run? Call it. Pass? Call it. It’s really that easy.

The control doesn’t stop there. The fans will be able to decide who their teams draft. With there being a new selection process every week, fans will put on their GM hats and choose which players they want to don their team’s jersey.

Team owners choose 2 “tagged” players – one prior to Week 1, another after – to keep on their squad for the season. The rest of the players go back into the draft pool, where the fans decide who they want to draft based on votes.

The draft will be 8 rounds in a snake format, where teams will have to have 2 quarterbacks, any mix of 5 skill players (but must have at least 1 Super Back and 1 Wide Receiver), an Offensive Line unit, and a defensive unit.

Fans must select 1 QB (or 2 if the team did not Franchise a QB), 1 SB, 1 WR, 1 OL Unit, and 1 round, when a team goes on the clock, fans will enter their votes. When the clock runs out, the Defensive Unit by the end of the Draft but they can select any position in any round. Each votes will be tallied. The player with the highest weighted vote score (some votes count more than others due to FAN IQ) will be selected by that team.

We’re not finished yet. Have you ever dreamed of owning a team yourself? Now you can! Through the partnership with Republic, the FCF is giving fans the chance to be part-owners of whatever team they choose! For a $150 investment, you will be an official owner.

This isn’t just symbolic either. We mentioned weighted votes earlier for the draft, being an owner adds more clout to your vote! Ownership is an actual investment in THE teams that are revolutionizing the football fan experience. Head over to Republic to buy into the Beasts, Glacier Boyz, Wild Aces, or Zappers. Hell – you can even buy into all four!

There will be weekly pre-draft analysis ready for the fans to look over, to see who did what last game, and who might be smart to either keep or draft. On top of that, each week MAN UP! Will have guys competing 1v1 to gain a Team Power for whatever team drafts them.

Stay with me, There’s more.

In the FCF, what you do OFF the field impacts your team ON the field. Each week you and your fellow fans will have a chance to earn Team Powers for your squad. The Progressive Fifth Down, Power Play, Flip the Field – they could all change the course of a game. And in the Man Up! pre-draft show, a WR, DB, and QB will each earn a 1v1 Power that will go to whichever team drafts them.

But it still gets better. Players have been outfitted with cameras and mics and other tech so that they can stay in almost constant contact with everyone outside of the bubble. Watch them prep for practice, or wind down after a hard day on the field, get to know these guys like like never before with your all-access fan pass only found here at the FCFL.

The Players Club with the guys talking about different topics.

Monday Madness is an 8-man Madden showdown between the players

Tape Don’t Lie, a post-game film study with the coaches

And what might be our favorite, Deep Fade with Marcus the Barber as we go into the barbershop and chop it up with players as they keep themselves looking right.

For the football lover, the gamer, and guys that love that IN-YOUR-FACE brand of entertainment, Fan-Controlled Football is where you can call home.