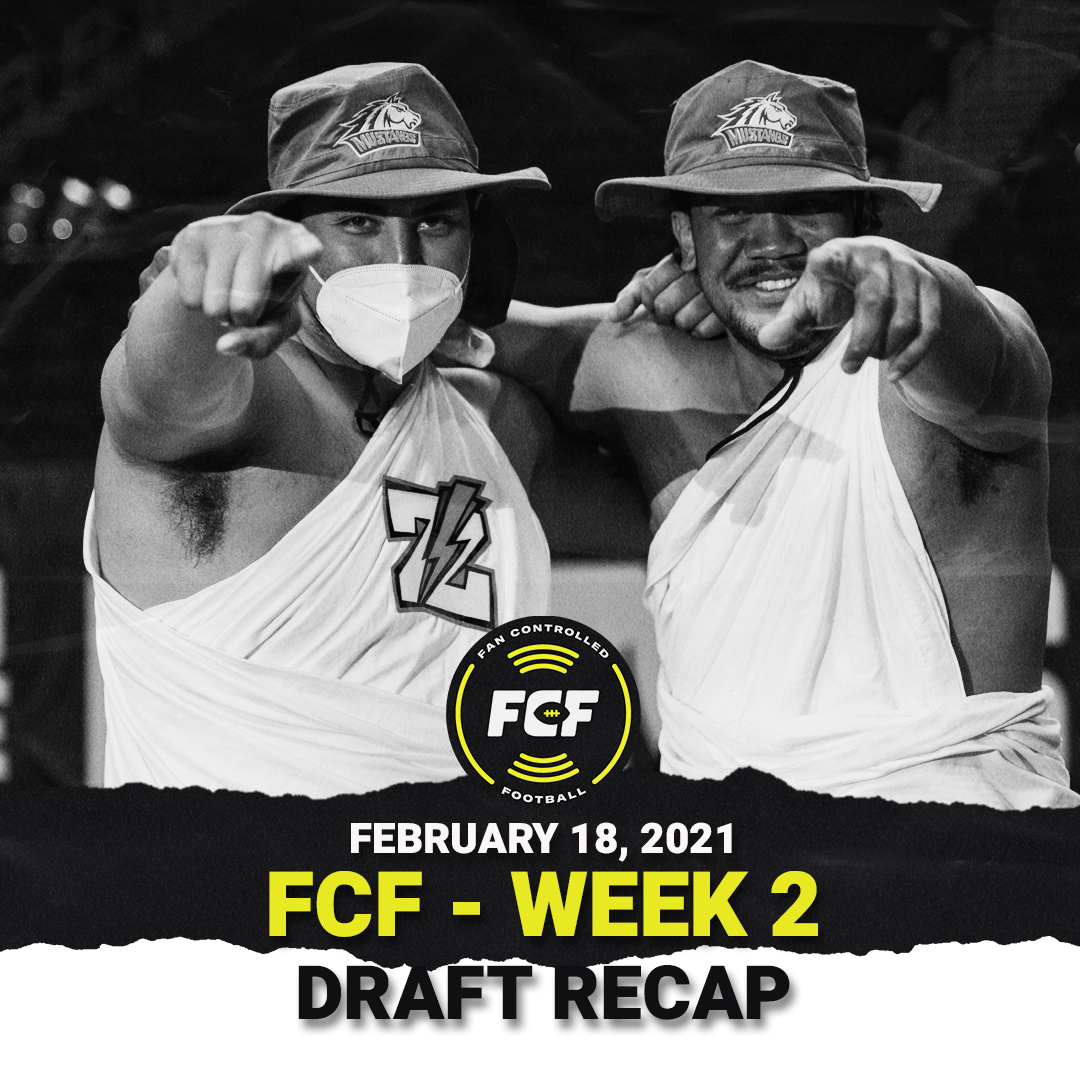 The FCF held their WEEK 2 DRAFT at the Infinity Energy Center in Duluth, GA on Wednesday night which featured another round of Man-Up Challenges and the announcement of the second round of franchise player tags for each club.

In the Man Up Challenge, Logan Marchi scored 20 points to take home the crown among the four quarterbacks featured while wide receiver KaVontae Turpin led all offensive receivers with 20 points. Defensive back Kyle Kitchens took home the honors for the defenders with seven points with stellar play throughout the tournament. Each player will receive a POWER UP award during their week two games on Saturday night.

Each team was given seven selections in the seven round snake style draft with the Glacier Boyz selecting wide receiver KaVontae Turpin with the first overall pick.  Drafted players put on a show throughout the night with coordinated dance moves, togas, and cheeseburgers from Wendy’s during introductions.  Beer Pong, Cornhole, ping pong, and other yard games took control of the playing field as the players let loose ahead of Week 2 games on Saturday Night.  Watch the entire draft show on the FCF Twitch channel here: https://www.twitch.tv/fcf

All 28 draft selections are located below;

Full game rosters will be released before the Week 2 games on Saturday night.

Wild Aces v. Beasts (both teams look for their first win of the season)

Glacier Boyz v. Zappers (both teams look to go 2-0 with a victory)