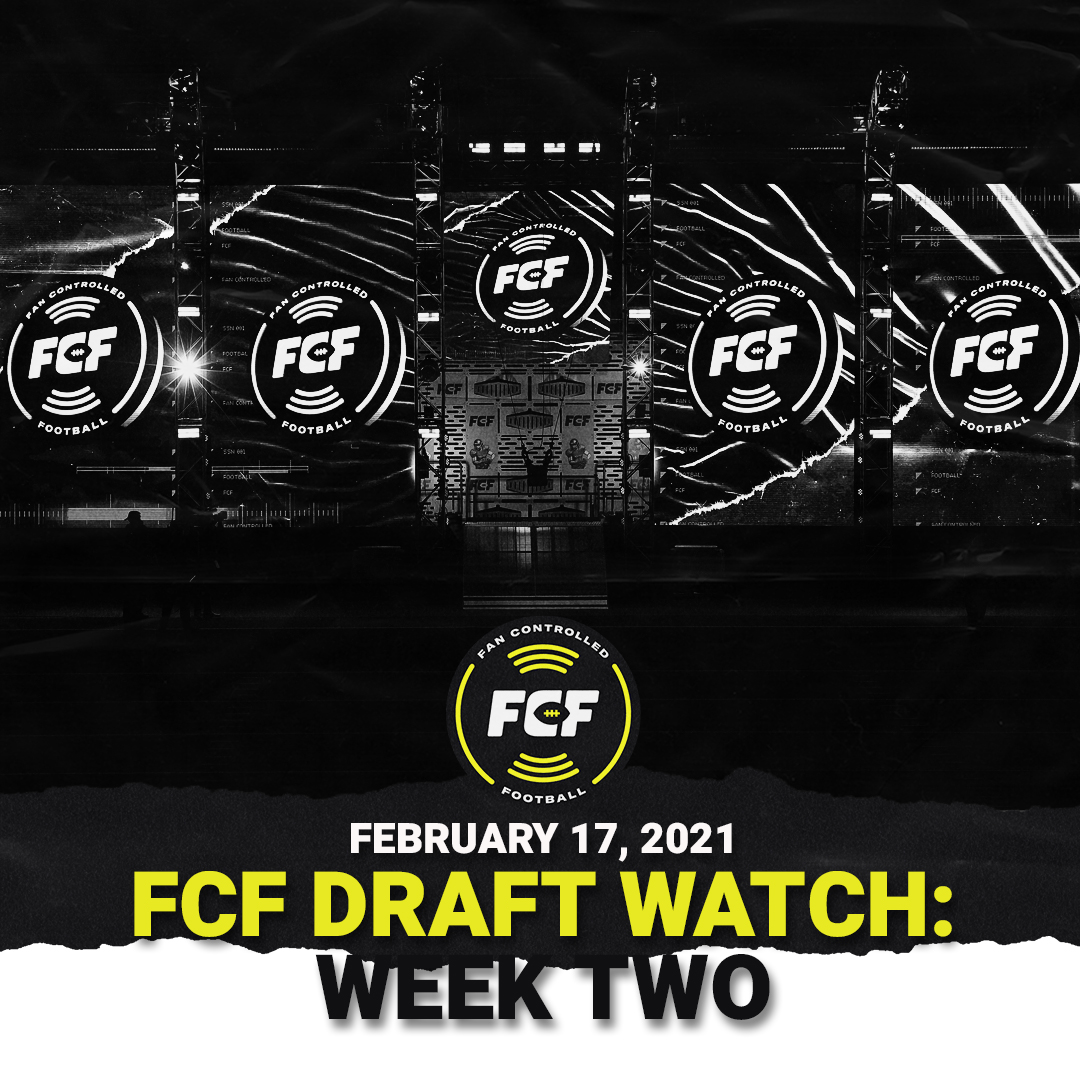 The Block Party had the best night for offensive line units in Week 1. Over 200 yards on the ground between the Wild Aces and the Beasts, and they gave up 0 sacks.

The Shut Down Squad had 11 total passes defensed and in INT. So when you’re planning for the draft this week, these should be targeted. Which of course will give Dam Nation and the Heavy Hitters reasons to make more plays.

Shut Down Squad went 4-8 on MAN UP! competitions, and the Heavy Hitters were 5-11.

The running game was a big part of the night, whether it was SBs or QBs, it has to be part of the draft plan heading into Week 2.

Calen Campbell was the top SB from Week 1, rushing for 45 yards and 2 TDs. He was a big reason why the Wild Aces are 1-0 and has to be considered for an early pick in the draft. Quinn Porter was next in line, but also was on that Aces squad with 2 carries and 19 yards. If given the top role, he could be exactly what your team needs to have a shot at winning.

Glacier Boyz fans, take notes. You only called 7 runs all game, out of 22 total offensive plays. A strong run game could help make up for issues in the passing game.

Just because Damon Sheehy didn’t have any catches, shouldn’t give you pause. He was keyed on by the Shut Down Squad, and there were some accuracy issues.

Other WRs to watch are Jordus Smith, Alphonso Carter, Treydonte Hill, Richaud Floyd, and Joseph Boykin. These guys are big-time playmakers and need to be part of the draft plan.

As for untagged QBs, you’ve got TJ Edwards, Ed Crouch, Deondre Francois, and Logan Marchi all have major upside. For the QB2, TJ Edwards had the better all-around night. He was the leading rusher among all players on Saturday night with 96 yards and 2 TDs. TJ threw for 2-4, 24 yards, and a TD. Francois was 3-5, 36 yards, and a TD, but only had 13 rushing yards.

With Jerdy likely to miss Week 2, it will be key for Wild Aces fans to make the right decision at QB. The smart money is on Flowers. While it’s important for your weapons to be high level, it may have been a mistake by the Beasts to not tag a QB.

Make sure you’re looking at everything when deciding who to take, some of these guys had accuracy issues. Those that did, didn’t have a run game to stand on.

Some guys didn’t see a lot of action but came into last week’s draft with some flash and fanfare. Problem is, as fans, we didn’t get them involved enough to see exactly what they can do.

Here is a list of those guys that can make up for some of the Week 1 shortcomings (yeah, let’s draft better, ok Zappers and Glacier Boyz?).

Madre London and Berkley Edwardswill be a big part of Week 2 if you want to win. I kinda feel like the Wild Aces showed us how important the run game is. Yeah, the Beasts won without really using one, but the production was there.

So let’s think. We love it when Manziel and the other QBs show off their running skills, and it is a big part of keeping the defenses on their toes, but we want to keep them fresh. TJ Edwards proved he can be a major addition to a team at the QB position, but how about drafting a guy that can do the same things as a runner, so our passer doesn’t get hurt.

These 3 can be those guys.

Braden Smith and Logan Marchi are guys that need to be on your radar. Marchi we saw, but expect to have him in a bigger role, now that we’re down a QB this week.

James Harden, Kavontae Turpin, Treydonte Hill, didn’t get a ton of targets in Week 1, but we have seen the film, these guys can be game-changers. But not if they’re not drafted, and plays called for them.

You did watch the end of the Zappers game, right? That was Turpin who almost got the game-winning TD. Don’t wait until the final play of the game to get the ball to these guys.

It will be interesting to see which players are drafted by the same teams again this week, and which will be added to help out in the new matchups this week.