Fans Are Making the Call On New League Rules 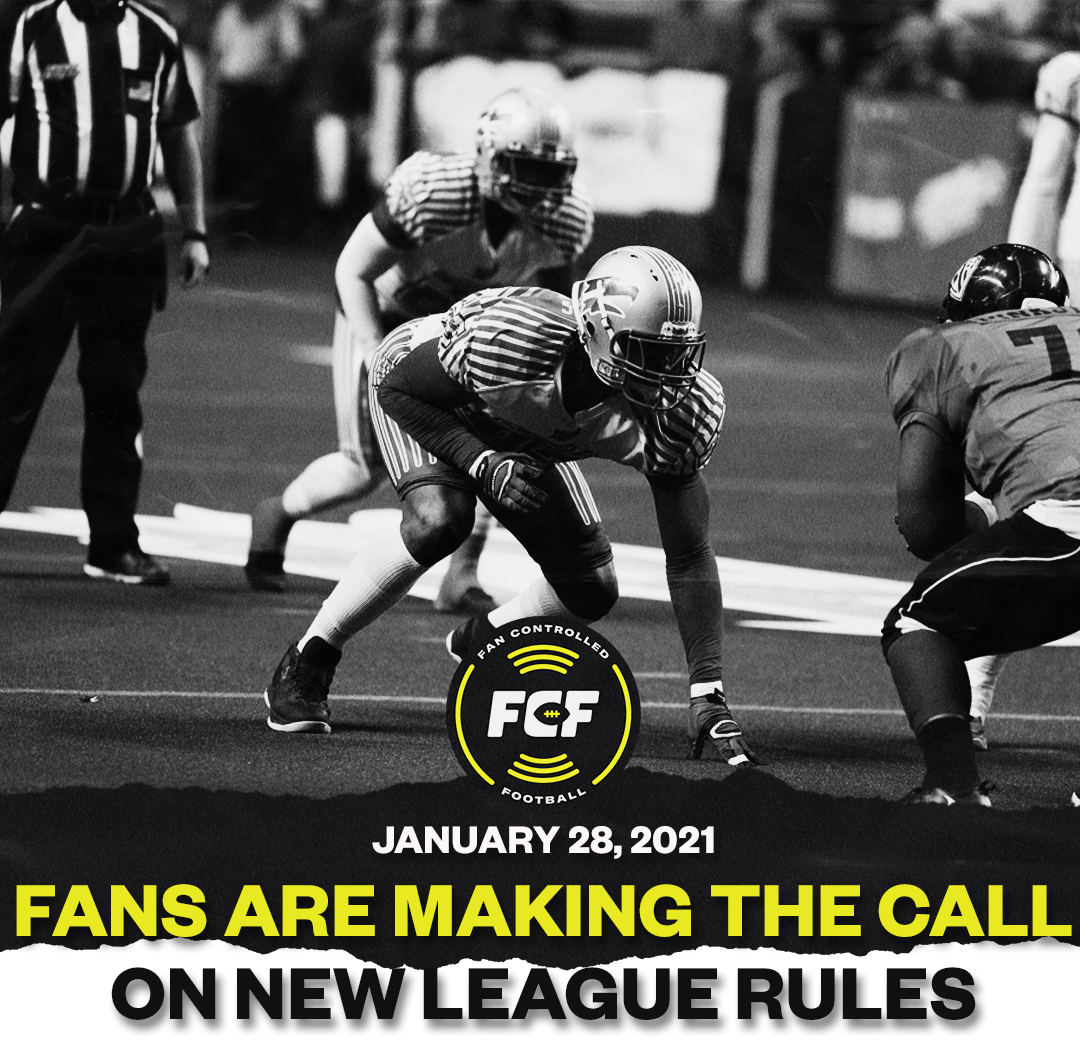 Buckle up fans, because we’re kicking it into high-gear these next two weeks before Season v1.0 starts! We’re || this close to wrapping up the official league rules, but need you to weight in on a few more before we can do that. Let’s dive right in:

How should we determine who makes the call on possession at the start of each game? Do we go a more traditional route, or do we go with something a little more entertaining?

Should we end up in a situation where the game is all tied up and we have to head into OT, which format do you want to run with?

Nothing gets a fan’s blood boiling quite like some flagrant Defensive Pass Interference, am I right? So when a player does commit DPI, what should their penalty be?

We’re not saying any of our athletes are planning on accumulation two penalties in a half, but if they did, what should happen?

Alright, a new penalty accumulation scenario for you. If an individual player accumulates three penalties in a single game, what should happen?

Let’s switch things up and look at penalties from a team perspective. If a team accumulates four or more penalties in a half, what should happen?

There is no kicking in the FCF, making a traditional onside kick impossible. What should the FCF’s version of an onside kick be? If a team scores a touchdown and elects to try and retain possession of the ball:

Dovetailing off the previous vote, when should a team be allowed to try an FCF “Onside Kick” to try and retain possession of the ball after they score?

These might be some tough calls to make, but we know the fans are up to the challenge to making the right ones! Power To The Fans!