Everything to Watch For in FCF Season v1.0 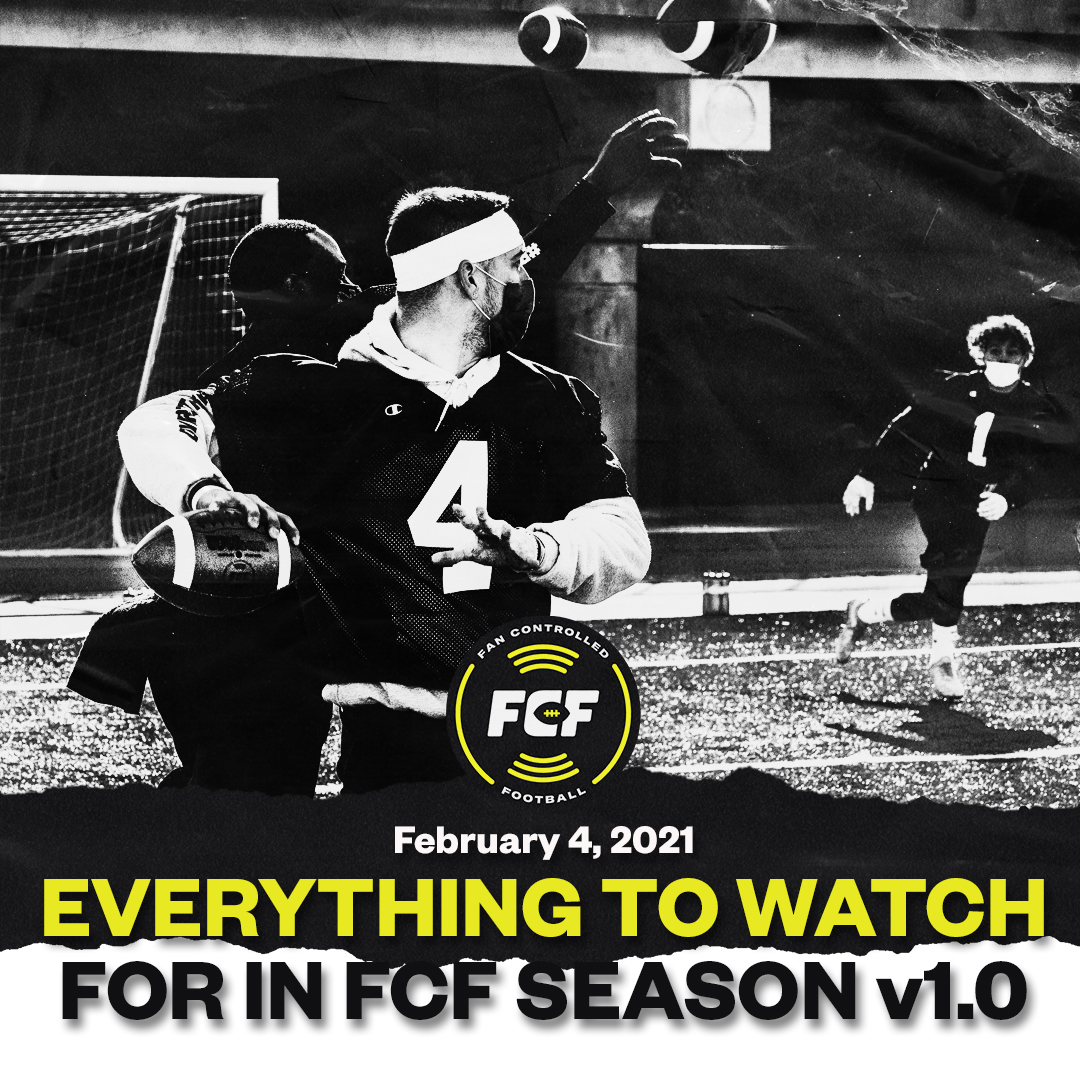 Catch all FCF programming on Twitch

Fans, when we were planning out our inaugural season, we wanted to do things differently. This including turning over team branding and league rule decisions over to you, in addition to drafting the players and calling the plays on Game Day. But that wasn’t enough. We wanted to make sure you are engaged every day of every week, catching everything from practice sessions to behind the scenes moments on the FCF Twitch channel.

Beginning February 14th, our coaches and players gather for a film session to go over the best and worst plays from the previous day’s games. This is a show run by the coaches, which will make for a fly-on-the-wall, organic experience for all of you at home.

Our players gather each week for some studio, late-night style programming.  The players lead the discussion, steered by the fans in the chat — a great way to get our players connecting with all of you!

This one is exactly what it sounds like – 8 players face-off each week in a virtual football, bracket-style tournament.

Players come into our FCF barbershop to get cleaned up and discuss everything from FCF Football to their journeys that brought them here, to life inside the bubble. Hosted by our Comedian/Barber, Marcus Harvey, this will have all of you feeling like you’re right there with our guys.

FCF Coaches are joined by Marcus Harvey in the Film Room to review tape from the morning’s practice. Our coaches gives us their football perspective while Marcus speaks for the fans. Interacting with the Twitch chat throughout the program, this is a free-flowing, fun way for you to keep up with how our FCF Players are performing on the practice field each week.

Immediately preceding the FCF’s weekly draft, 8 WR, 8 DB, and 4 QB square off in a 3 round, 1-on-1 tournament. The top performer at each position will earn a “power-up” that they carry with them into Saturday’s games, making them all the more draftable.

Every week, fans will be drafting players to their team in a live event streamed on our Twitch channel.

The show you’ve been tuning into for months! Every week fans give our show a new name, give our co-hosts Jeff, Josh, Patrick and Ray a hard time in the chat, and enjoy interviews with friends of the league, players and our Team Owners.

Last, but certainly not least! The FCF Game Day experience kicks off with a pre-game show, followed by back-to-back games, and a post-game recap.

This is just the tip of the iceberg, fans! We’re producing additional short story episodes throughout the season to help you get to know the players, coaches, Team Owners, and super fans a little bit more. Stay tuned!