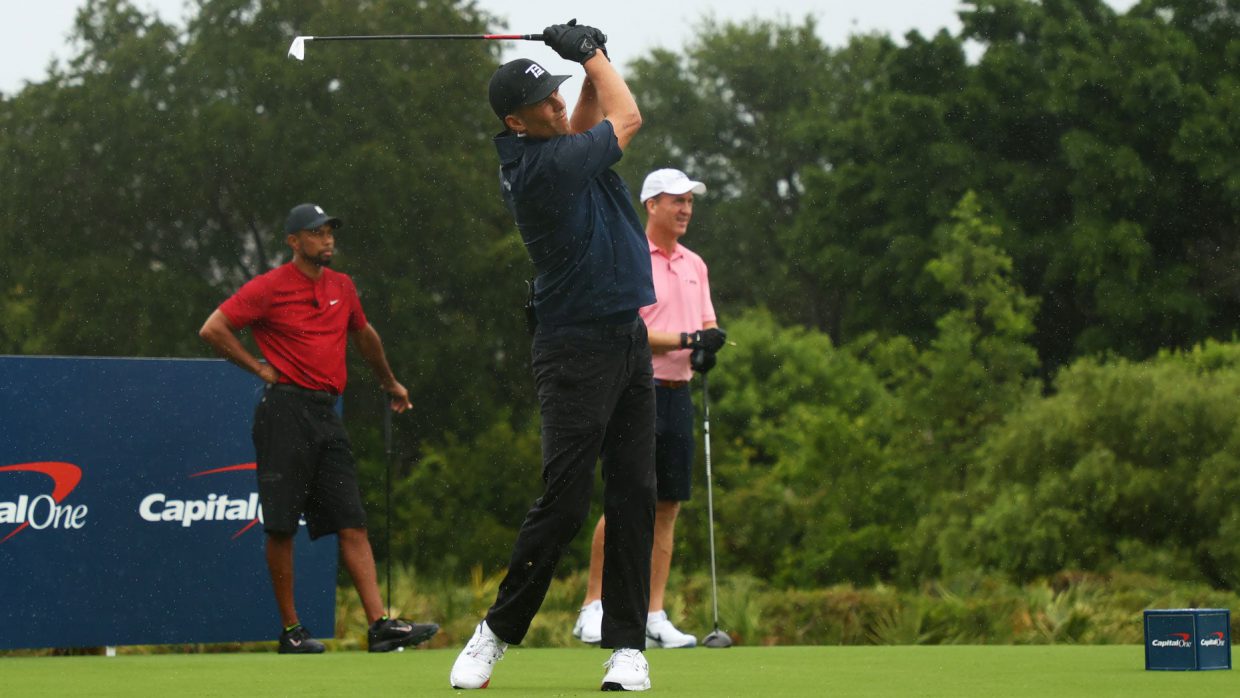 The Match was back and bigger than ever this year, at a time when we all desperately needed some fresh sports content to tune into! Tiger Woods and Peyton Manning faced off against Phil Mickelson and Tom Brady in the Capital One-sponsored $20M charity match (oh, so that’s where all of our fees are going). The day’s highlights included the Caddyshack joke everyone had to make when rain delayed the start of the match, Peyton’s terrible first shot, fans roasting Tiger over his cargo shorts, Phil expertly explaining how his shot was going to work and executing it to perfection, Charles Barkley roasting Brady for his failed shot, and of course, Tom Brady ripping his pants after the shot of his life:

Tom Brady ripping his pants is the second most embarrassing thing to happen to him on national TV today, behind his golf game #TheMatch pic.twitter.com/jrxuAXTOFk

Ultimately, (spoiler alert!) it was Woods and Manning that pulled out the win, but as cheesy as it sounds, we feel like the fans were the ones who won this time. Before you judge us for even uttering that statement, remember that this was easily one of the most entertaining rounds of golf we’ve witnessed – from the on-course trash-talking to the mix of horrible and amazing swings, this match DELIVERED. Our favorite part though? The direct lines between Charles Barkley, Justin Thomas and the golfers. Getting to listen in felt like when a reality show breaks the fourth wall. We have to ask, is that something the fans would want to have in the FCFL – a direct line to the players? Whether it’s a direct line from the Fan Captains, the commentators, or even the fans themselves, we think the fans would be all over it!