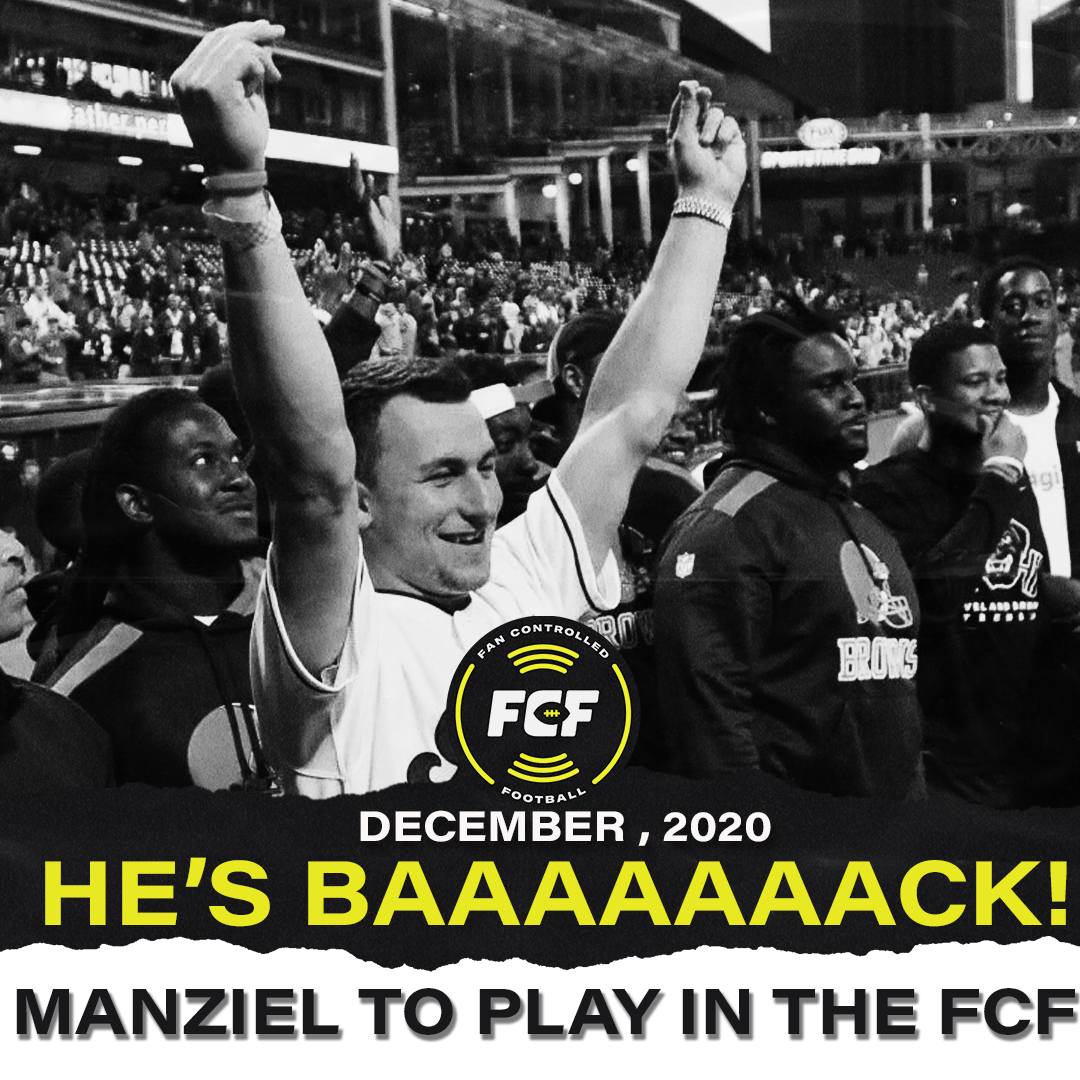 Not Ricky Williams. Someone from another school in Texas.

Johnny Manziel is back at it.

ESPN reported Wednesday the former Texas A&M star and NFL and CFL bust has signed with the league that will kick off in February. Per ESPN:

Manziel, 28, connected with FCF co-founder and CEO Sohrob Farudi through a mutual friend.

“Life gives you opportunities sometimes to do something that you would still like to do if it was in a different capacity,” Manziel said. “This has a lot of potential to just be a good time and still be football-centric. They’re going to let the people [who] join this league be who they are and have fun with it and be a little bit more free than what football is sometimes.

“That’s definitely what appealed to me. They don’t want me to change who I am or anything else. They want to come out, put a good product out and be fun with it.”

Previously, Touchdown Wire reported Ricky Williams and Brian Urlacher had shown interest in playing for the league that will have four teams and a six-game season when it starts Feb. 13.

Asked where he is now on a personal level, Manziel told ESPN:

“I wake up with a smile on my face way more than I used to in the past, when people would have said that I had everything. It’s funny how life works sometimes. You have everything and you can be upset, and when you have a lot less, you can be way happier.

“I’m at a point in my life where I’m 28 years old and I’m still trying to figure out what I’m doing moving forward and trying to re-create an identity, and that’s what the past year has been about for me.”