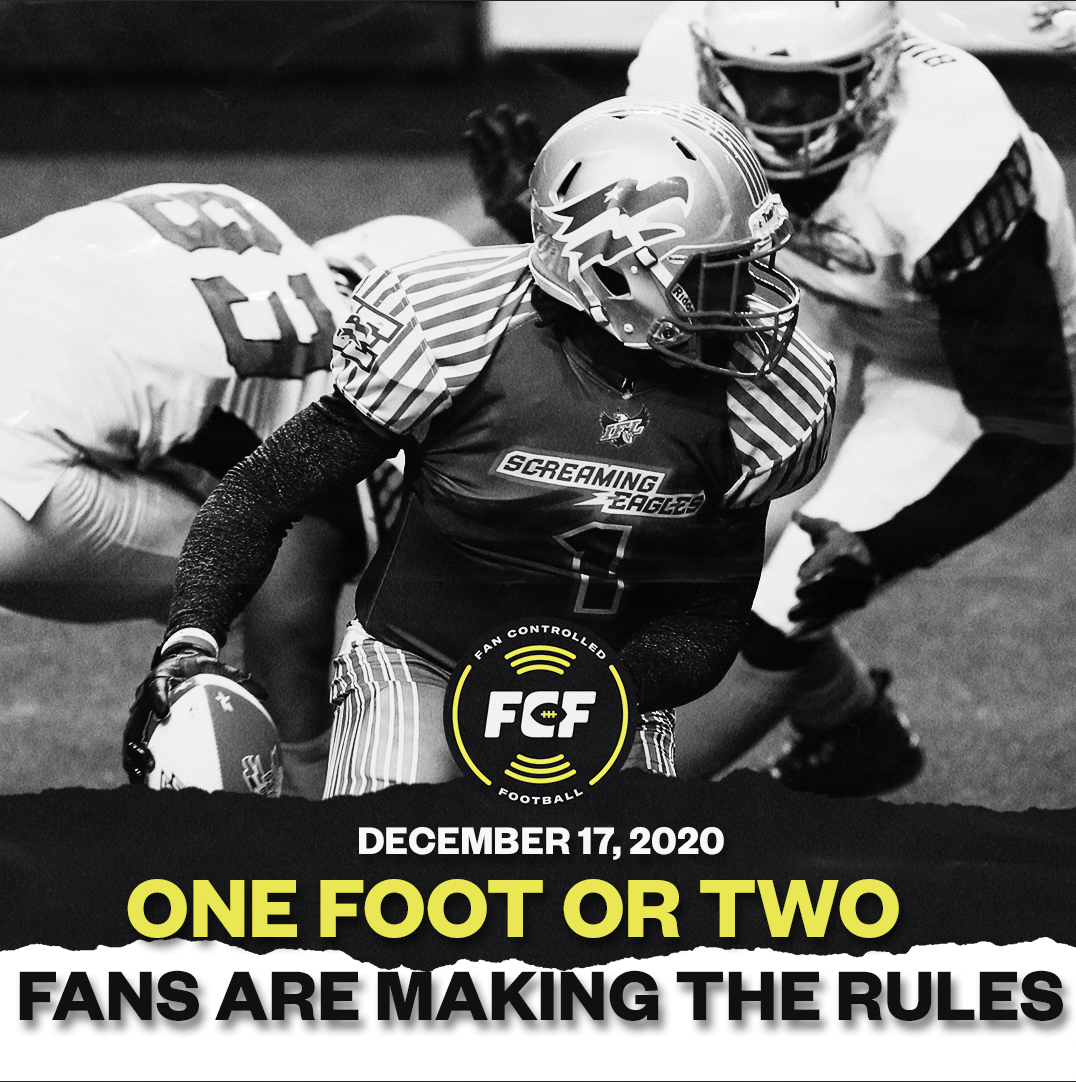 The pageantry and spirit of college football on a Saturday. The Heisman. The Rose Bowl. The playoff rankings and the national championship.

The speed, power and talent of pro football on a Sunday. The MVP. Monday Night Football. Wild card weekend and the Super Bowl.

There’s plenty that is great about big time college football and the NFL, but there is also much that is different.

As we forge a new path for pro football with the FCF, there are a handful of rules that vary between college and pro which we need to determine how they should apply for our new format.

First up on that list is one that is uniquely different between college and pro – does a receiver need to get one foot or two feet down for a catch to be inbounds?

The one foot option helps make more of the sideline grabs count by only requiring a single foot come down and many times leads to spectacular catches as guys are falling down out of bounds. While the two-footer is, mathematically speaking, twice as hard to pull off it also results in some amazing moments with a toe tap or a drag of the back foot is just enough to ensure a key first down or TD.

In the FCF we will have a smaller field with less guys on it, will that impact the way in which receivers can come down with a potential catch? Maybe – but we don’t really know yet… so for now we’re leaving this call up to the fans – for FCF Season v1.0, what do you want to see the rule be – one foot or two? Make the call!