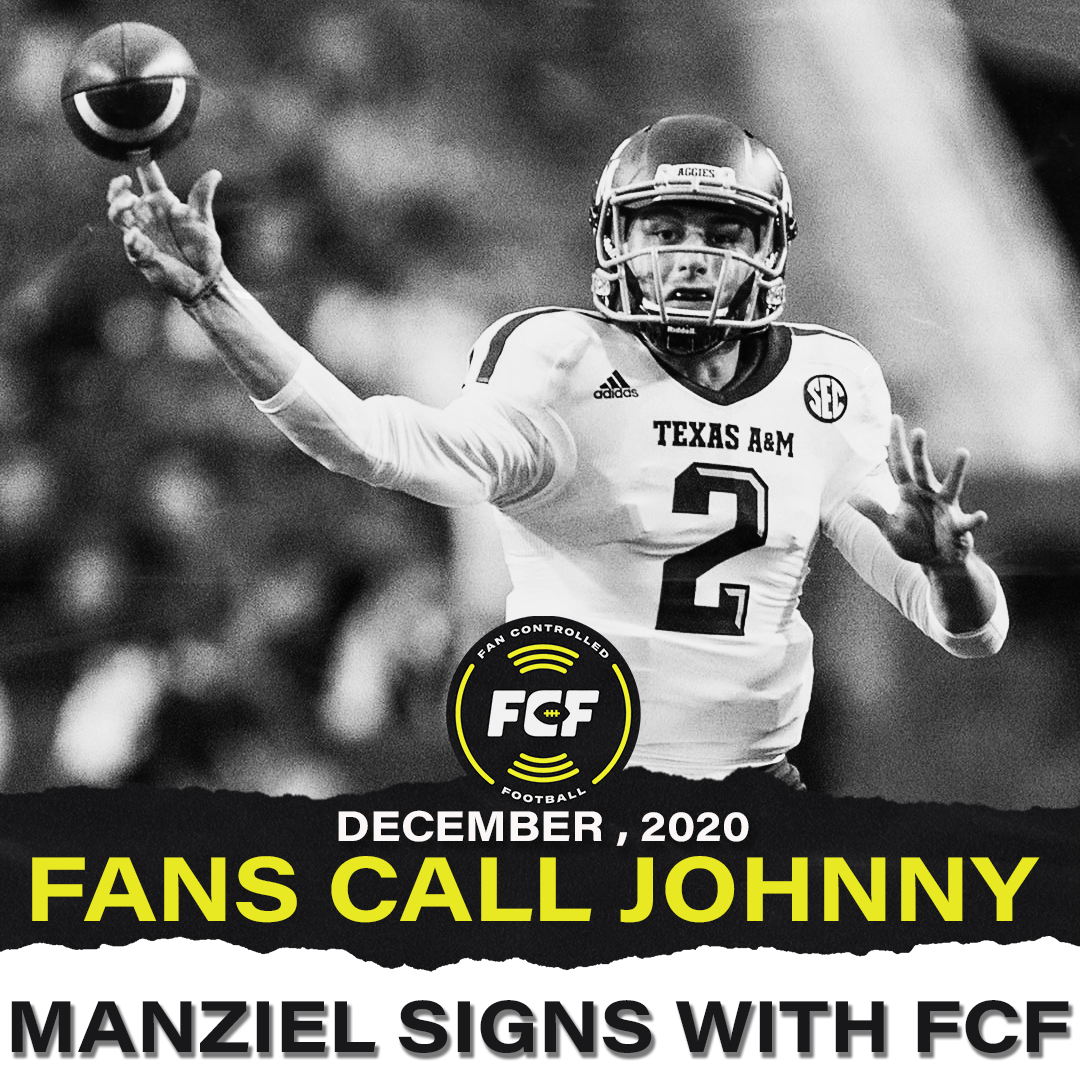 Johnny Manziel is ready to put the “football” back in Johnny Football.

Manziel last played football in the Alliance of American Football in 2019. Since the Browns released Manziel in 2015, he’s also played in the Canadian Football League and in The Spring League. FCF co-founder and CEO Sohrob Farudi said the new league aims to allow Manziel to “be authentic.”

“He got into these other leagues and, I hate to say this, but it’s like the handcuffs were put on,” Farudi told ESPN. “You had to act differently. You had to walk and talk differently. He couldn’t just be himself. That’s where we want to be different as a league. We’re really embracing this idea of being more than an athlete. … We’re very comfortable with having players be big personalities off the field and doing what they want to do. For us, it’s as much as about the off-field opportunities to connect with the fan base as it is about the football on the field.”

Now 28, Manziel told ESPN that he didn’t plan to return to organized football but felt Fan Controlled Football gave him a chance to do so on his own terms. He connected with the new league through a mutual friend.

“Life gives you opportunities sometimes to do something that you would still like to do if it was in a different capacity,” Manziel told ESPN. “This has a lot of potential to just be a good time and still be football-centric.”

Manziel told ESPN that he’s currently living in Scottsdale, Arizona, and while he both throws the football around with his friends and watches football on weekends, he’s had a “normal, laid-back lifestyle” in 2020.

The rise and fall of Manziel came quickly. He won the Heisman Trophy at Texas A&M and captured football fans’ imagination with his freelancing play style. The Cleveland Browns took him with the No. 22 overall selection in the 2014 NFL Draft.

Off-field issues led to Manziel’s release from the Browns in 2015 after playing in 14 games. He said in 2018 he’d been diagnosed with bipolar disorder and had abused alcohol to battle depression.

Manziel’s newest football venture comes in the startup Fan Controlled Football league, which will feature four teams and celebrate owners that include Marshawn Lynch, Richard Sherman, Austin Ekeler, Quavo and Mike Tyson. The games will be played at a league-leased facility in Atlanta and broadcast on Twitch.

If there’s one thing Manziel proved in his on-field career, it’s that the play-caller might not matter too much. The fans will give him the play, and then he may just make magic happen.