Johnny Manziel gets another shot, this time with ‘Fan Controlled Football’ league 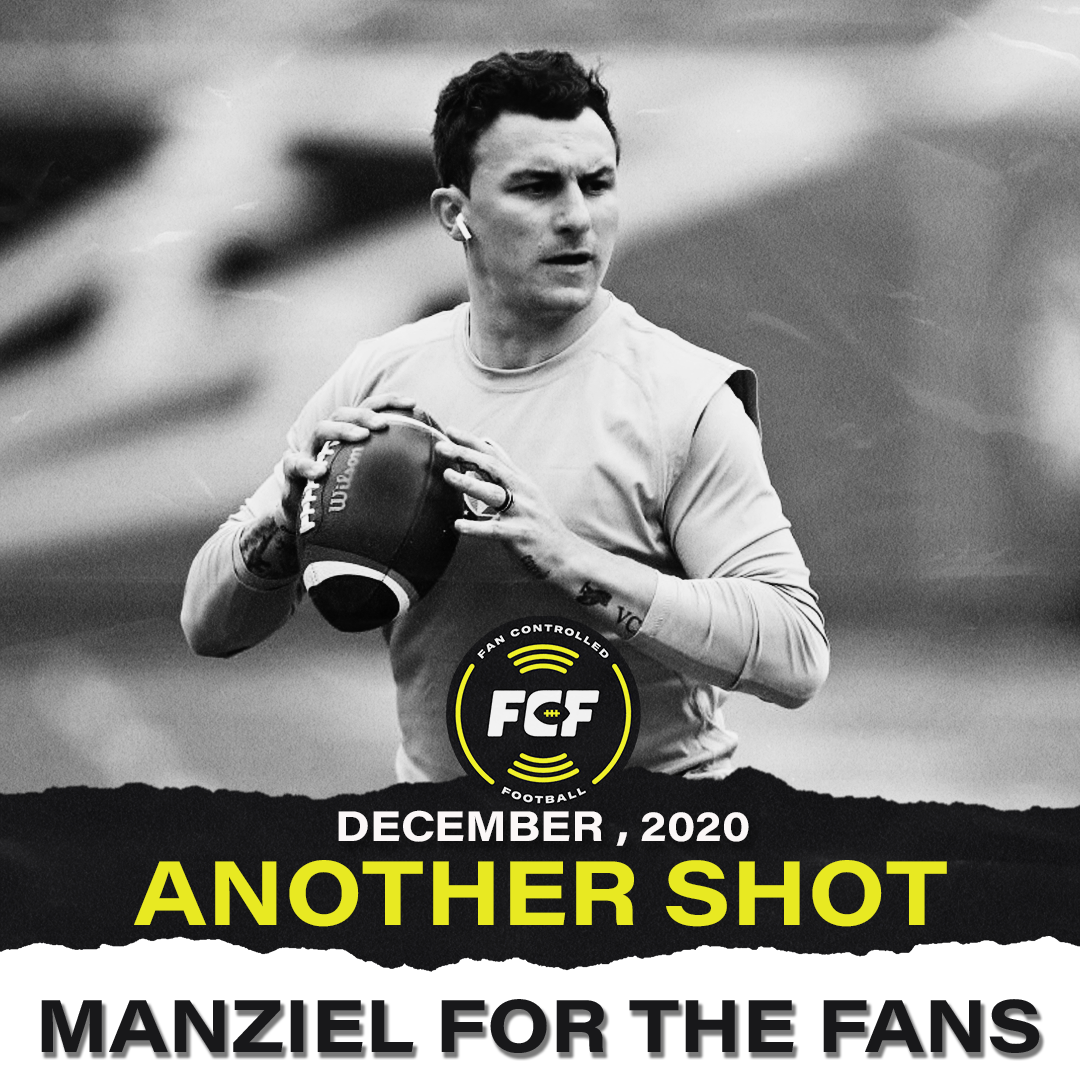 Five years after his seemingly out-of-control behavior led to the hasty end of his NFL career, Johnny Manziel is trying another return to the game in a new league called Fan Controlled Football.

The FCF, which plans to debut in February and has already begun involving fans in its setup, aims to “create a whole new world that sits between gaming and traditional sports,” league co-founder and CEO Sohrob Farudi said in a November statement. Seven-on-seven games will be an hour long and streamed over the popular Twitch platform, allowing registered fans to interact with team members — and to actually call plays — in real time. Fans will also have a say in off-field matters and teams’ rosters and league rules such as whether pass-catchers need to have both feet on bounds or just one.

“To have one of the most talented and exciting players in the history of college football is a historic moment for the FCF,” Farudi said Wednesday in a news release announcing the addition of the quarterback, “and for our fans who will have the opportunity to call the plays for Manziel.”AD

For the former star at Texas A&M, where he became the first freshman to win the Heisman Trophy, the FCF represents his latest attempt to find success at the professional level. Picked 22nd overall by the Cleveland Browns in the 2014 draft, Manziel failed to impress as a quarterback while creating headlines and earning suspensions for his partying ways. He was released after just two seasons by the Browns, by which point his life had taken a darker turn, with allegations of domestic violence and concern for Manziel’s mental state voiced by both his father and his agent.

After undergoing treatments for substance abuse and bipolar disorder, Manziel signed up in 2018 with the Spring League, a developmental operation meant to serve as a showcase for players looking to latch on with teams in established leagues. Later that year, he joined the Canadian Football League, saying at the time he felt “very blessed to be in this position.

Just a few months later, however, Manziel was banned from the CFL for what the league said was an unspecified violation of “a condition of his agreement.” Shortly thereafter, in March 2019, Manziel got another shot with the Alliance of American Football, but he only made two appearances before the first-year league folded.AD

Manziel indicated in June that he considered his football career a thing of “the past,” and said then that his “heart wasn’t in it” during his stints in the NFL and CFL. He has found an agreeable aspect, though, in the FCF’s encouragement of its athletes to share their lives via social media and other platforms.

“They’re going to let the people [who] join this league be who they are and have fun with it and be a little bit more free than what football is sometimes,” he told ESPN. “That’s definitely what appealed to me. They don’t want me to change who I am or anything else. They want to come out, put a good product out and be fun with it.”

Farudin told the website that when Manziel joined his previous leagues, it was “like the handcuffs were put on.”

“You had to walk and talk differently. He couldn’t just be himself,” Farudi said of the 28-year-old quarterback. “That’s where we want to be different as a league. We’re really embracing this idea of being more than an athlete. … We’re very comfortable with having players be big personalities off the field and doing what they want to do. For us, it’s as much as about the off-field opportunities to connect with the fan base as it is about the football on the field.”AD

According to the FCF’s news release Wednesday, Manziel has been linked to one of the league’s four teams, the Zappers, which is co-owned by comedian Bob Menery, a friend of the quarterback. Other listed team co-owners include San Francisco 49ers cornerback Richard Sherman, Los Angeles Chargers running back Austin Ekeler, former NFL running back Marshawn Lynch, New York Mets pitcher Trevor May and hip-hop star Quavo, a former high school quarterback.