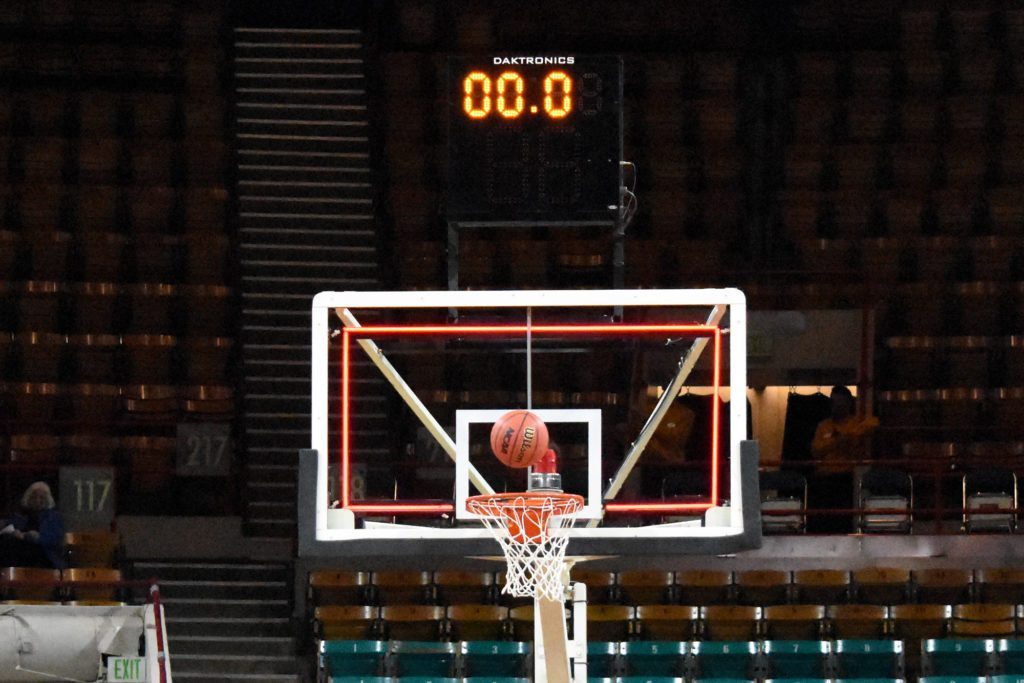 It’s one of our favorite times of year once again: MARCH MADNESS! An event that gets just about everyone you know hyped up for college hoops – even your aunt Lynda and that guy George from accounting, despite neither of them knowing what a jump ball is. So as we quickly approach the official start with Selection Sunday (March 15), there are two dozen or so teams on the ‘bubble,’ dying to secure a bid to this year’s tournament, including the Texas Longhorns. While many were glued to the TV for #SuperTuesday last night, Texas fans were watching their team extend their five-game win streak with a buzzer-beater against Oklahoma. The unreal shot unfortunately happened at an Oklahoma home game, meaning we didn’t get to see Texas fans go wild in the stands (we always love that), but we did get to see the sobering effect on the Sooners, who at this point are only considered probable for the tournament.

Must be cold in Norman because Matt Coleman III has ICE IN THEM VEINS.@texasmbb on a 5-game win streak 🤘🏾🤘🏾 pic.twitter.com/UlhrWDdPqA

So fans, we’ve got some questions: Do you think last-second wins like this are more impactful than a win after maintaining a lead for a majority of the game? As a fan calling plays for your team in the FCFL, would a win like last night’s give you more momentum heading into your next game? Or would it have you taking a hard look at the plays you called, considering the score was so close until the very end? If it’s the former, how would you use that momentum to rally your fellow fans? And if it’s the latter, how do you encourage the other fans to take a hard look at their play calling abilities as well? Let us know, fans! We can’t wait to hear what you come up with!