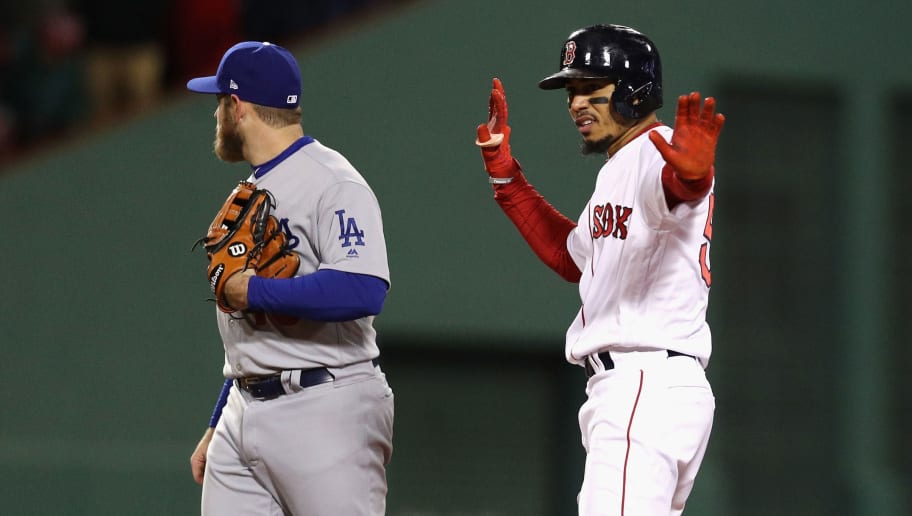 Over the summer, we shared a story about a VERY disgruntled New York Knicks fan looking to sell his fandom to the highest bidder. Evan Perlmutter went to eBay to put his allegiance up for sale, saying he promised to “throw out my awesome Knicks trash can”, “burn no less than three articles of Knicks memorabilia” and root “whole-heartly” for whichever team the auction’s winner chooses. His opening bid request was for $1,973 in honor of the Knicks’ last championship in 1973. The winning bidder, James Riedel, assigned Perlmutter to his new team, the Los Angeles Lakers, for $3,500. Unfortunately for him, the Lakers are off to a rockier start than the Knicks. That brings us to the World Series. Last night, the Boston Red Sox took home the win for Game 2 against the Los Angeles Dodgers, leading the series 2-0. For those somehow unaware, both teams have severe rivalries with teams from their respective areas. Fans of the Red Sox completely detest the New York Yankees. Fans of the San Francisco Giants would rather see anyone else in the World Series than the Los Angeles Dodgers. This year the series really is a battle of the best of the west and east coast, so we’re wondering if there are fans willing to cast aside their fandom to see a trophy brought home to their state or region. Giants fans, are you sticking to your guns and rooting for anyone BUT the Dodgers, or do you want to see the title back in California? What about the Yankees fans – are you rooting for the demise of Boston? If your least favorite team made it to any kind of championship series, would you root against them out of allegiance to your own team? Or would you want to see the best team win? We want to know!